The epidemiological report of the Ministry of Health (Minsa), from this Sunday, reveals that there are 2,166 new cases of covid-19 and 2 more deaths, the number of deaths rises to 8,205 To detect infections, 10,394 tests were applied, which showed a positivity of 20.8%. The report indicates that there are 24,617 active cases, of which 24,459 are in home isolation and 158 hospitalized. Those in isolation are divided into 24,410 at home and 49 in hotels. Those hospitalized are 133 in the ward and 25 in intensive care. Given the increase in cases, the Minsa reiterated to the population the importance of maintaining self-care measures such as frequent hand washing, physical distancing, and the use of masks to avoid contagion. In addition, if you have symptoms related to covid-19, you should seek medical attention and take a test to find out if you have been infected with the SARS-CoV-2 coronavirus or not.

The Minister of Health, Luis Francisco Sucre, declared on the morning of this Sunday, May 15, that it seems that the curve of the fifth wave of covid-19 began to flatten, which indicates a stabilization of cases. Sucre confirmed on May 6 that a fifth wave of covid-19 was being experienced in Panama. However, at that time the minister emphasized that the number of cases of the new coronavirus that were getting complicated were not many. Regarding the number of deaths, the official said it was unfortunate that the country still experienced deaths due to the virus. For this reason, he said that work had to continue regarding biosecurity measures and vaccination. Sucre asked that all the people who can and should put on the second biological reinforcement against covid-19.

In a narrow result, Rubén De León, deputy of the Central American Parliament, won this Sunday, May 15, in the internal elections of the Democratic Revolutionary Party (PRD) the position of general secretary of the National Executive Committee (CEN). Benicio Robinson, a deputy from Bocas del Toro, was re-elected as president of the National Executive Committee (CEN) of the Democratic Revolutionary Party (PRD) , He defeated the former Minister of Health, Rosario Turner. Robinson will be in the office for five more years. Meanwhile, Crispiano Adames won the first vice-presidency of the CEN, with 3,391 votes. His contender, Omar Williams, got 343 votes. 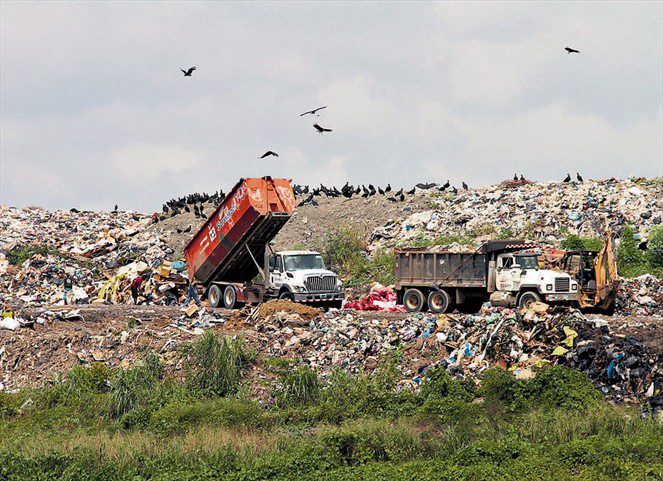 The Cerro Patacón landfill , in the district of Ancón, has completed its useful life and the State must seek an alternative for the management and deposit of the waste generated in Panama City and in the district of San Miguelito. That was the approach of Stanley Heckadon, a scientist at the Smithsonian Tropical Research Institute, who in the 1980s coordinated the plan to close the Panama Viejo landfill, where Costa del Este is now, and transfer it to what is now Patacon hill. “We had to look for an option that would solve the environmental crisis and the protests of people against the then Panama Viejo landfill and Patacón was chosen. The plan was for the latter to be a sanitary landfill that would work for 25 or maximum 30 years, but that time has already passed, ”he says.

The Ministry of Public Works (MOP) will tender three contracts to carry out improvements to the infrastructure and green areas of the three stages of the coastal strip and the Amador causeway. The works have an extension of 14.1 kilometers. The project is divided into three lines and includes improvements in the pedestrian area, green areas and playgrounds, repairs to pedestrian and vehicular bridges, and replacement of slabs along the highway.  The combined amount of the three contracts adds up to $33 million; each of the lines has a different cost and it depends on the work that will be assigned by the MOP.