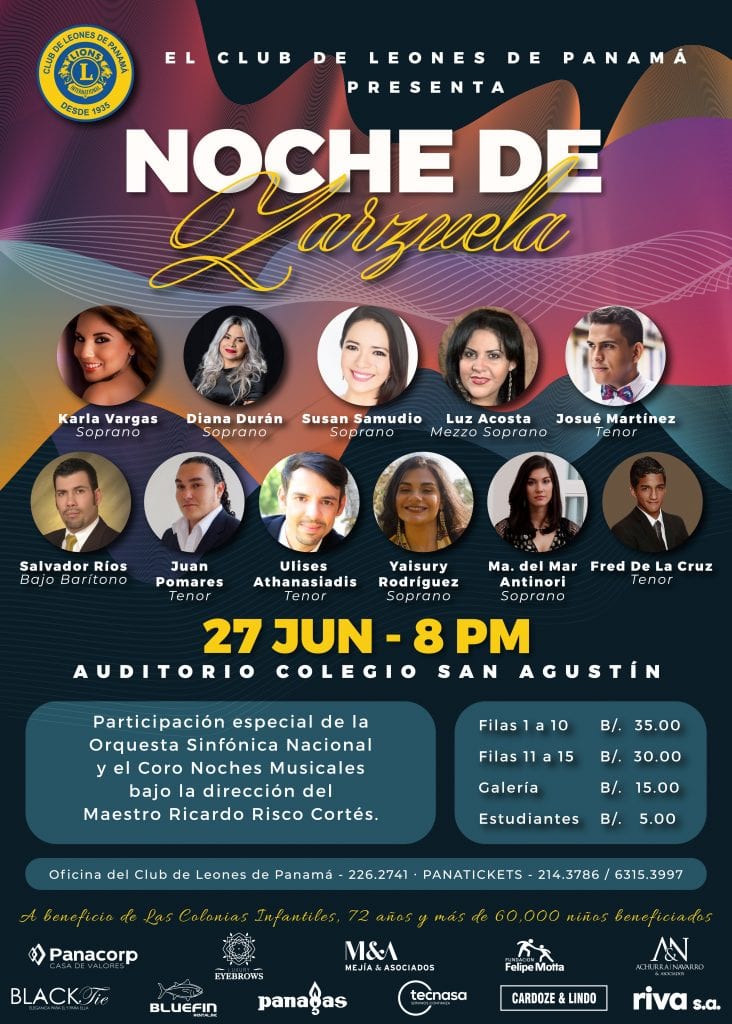 The Lions Club of Panama is a very active philanthropy in Panama and annually they put on an event to the Children of Panama (Las Colonias Ifantiles). This year they are putting on an event with the national symphony orchestra, a twenty person choir together with eleven artists. Talking to us this morning about the event is no stranger to TBS as he also t

alks to us when there is something happening in the world of Astronomy, Sr Carlos Rogers.

Apart from that it is you, me and the music. Oh, of course an Internet rummage as well.

From today Monday, June 17, policyholders can make their appointments at the Dr. Arnulfo Arias Madrid Hospital Complex with specialists, without lines or on specific dates.

Ricardo Martinelli received a change in detention by being given home detention as his lawyers claimed he had been in preventative custody for a period of one year. There is a total of 6 thousand 515 people deprived of liberty, that is to say, 38.3% of the national prison population, that has more than a year in provisional detention, according to official figures of the Penitentiary System.

Again, the  Supreme Court of Justice (CSJ) must issue a ruling in the process that is followed by former President Ricardo Martinelli for the alleged commission of crimes against the inviolability of secrecy and the right to privacy, and embezzlement.

Executive Decree 35 of June 12, which establishes incentives for cruise lines that make their home port in the country, does not define clear parameters, according to several businessmen involved in the tourism industry.

Around 10 thousand turtle eggs of different marine species will be protected at La Marinera beach, Guanico corregimiento, in the province of Los Santos.