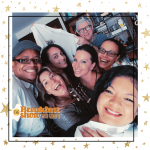 The “Frantic Ballerinas” (Carmen O”Neil, Noelia Rothery & Wynter Rosen) together with Mona Lisa Arias and Alfonso Lewis present their latest release “Navidad en Panama” or “Christmas in Panama.” Yes, there are two version Spanish and English listen to the second hour to find out more about it and also listen below, make sure you buy a copy as all the proceeds go to the Malambo Orphanage.[/vc_column_text][thb_gap height=”50″][vc_video link=”https://www.youtube.com/watch?v=eG-R87lKWcc”][/vc_column][vc_column width=”1/2″][vc_column_text]The News:

Foreign direct investment (FDI) in Panama increased 17.8 percent from January to September this year as compared to the same period in 2015.

The Ministry of Government inaugurated this week the Directorate of Alternative Dispute Resolution (RAC), as part of the implementation of Law No. 16 of June 17, 2017 establishing Community Peace Justices and provisions on Community Mediation and Conciliation.

The Public Prosecutor’s Office reported that the explosion that occurred Friday at the KFC restaurant in Altaplaza Mall happened during the installation of kitchen equipment.

Hundreds of people arrived early to the Christmas fairs arranged by the Institute of Agricultural Marketing (IMA) that extended to the interior of the country.

The Institute for Training of Human Resources (IFARHU) has raised during its first month of moratorium about $300 thousand.

US Ambassador to Panama John Feeley said on Friday that Grupo El Siglo y La Estrella (GESE) could normalise relations with his country if the company’s main shareholder, Abdul Waked, sells his stake.

The person allegedly responsible for the murder of a woman in Villalobos, Pedregal last Friday surrendered on Sunday afternoon.

Panamanian Rod Carew is recovering after a 13 hour surgery that included a heart and kidney transplant.

The Panamanian Seattle Sounders FC defender, Roman Torres, was chosen as the Latino of the Year 2016 of the Major League Soccer (MLS).