For this Sunday, October 31, 2 new deaths from Covid-19 and 130 new infections are reported. According to the Ministry of Health (Minsa) , the total number of deaths in the country due to the respiratory virus amounts to 7,317. The entity explained that in the last hours they applied a total of 4,820 new tests for a positivity of 2.6%. In Panama, 472,664 cases have been registered. Of that total, 463,175 people recovered. According to the epidemiological report, there are 2,172 active cases of Covid-19, of which 2,014 are in home isolation and 158 hospitalized. Those who are in home isolation are divided into 1,930 at home and 84 in hotels. The hospitalized number 124 in wards and 34 in intensive care units.

The Health of authorities Chiriquí confirmed the death of a child of less than two months old, belonging to the ethnic Ngäbe Bugle, because of whooping cough. The regional director of Health, Gladys Novoa, reported the death and explained that the minor had arrived with her parents from the Bocas del Toro regional area to the Renacimiento farms. The baby was treated at the Renacimiento health center; Later, she was referred to the José Domingo de Obaldia Hospital, in the city of David, but she did not survive.

The electricity distribution company Naturgy announced that it will reactivate the project for the construction of a backup line that will guarantee the proper functioning of the Panama Metro . With this project, it is expected to be able to guarantee that the Metro service is not affected by damage to the supply, the company said in a statement. 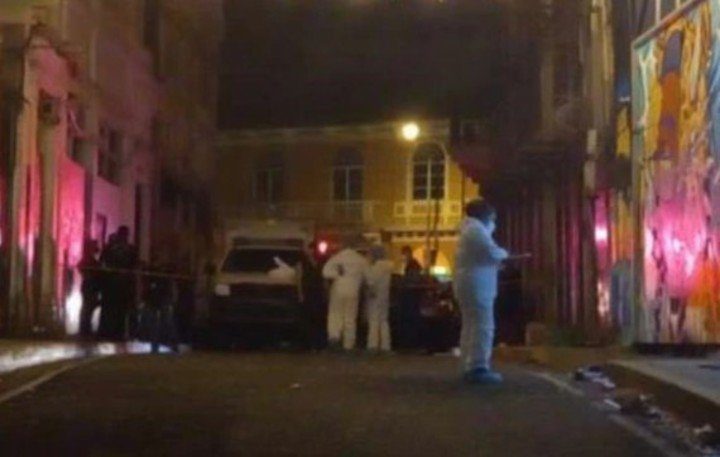 The death of five people at the Espacio Panamá nightclub, located on Calle 12, Santa Ana, could be related to a settling of scores between the Los Galácticos and Los Niños del Silencio gangs, caused by a drug crash. 38-year-old Charles Mosquera was named as the person who started the shooting. Sources linked to the investigation link him to the Los Niños del Silencio gang, which operates in Cerro Cocobolo, San Miguelito. A series of videos taken by the disco cameras and of various clients filming the concert with their cell phones are being analyzed. All of that could shed light on how the events came to be. For now, the two detainees can face charges of illegal possession of a firearm. 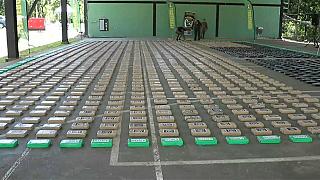 Panama this year seized the record amount of 20 tons of drugs destined for Europe, hidden in containers and the authorities believe that drug trafficking is changing its routes to the Continent. “Lately we have seen that the route (of the drugs) has been leaving South America with a final destination to Europe,” Luis De Gracia, chief commissioner of the second region of the National Aeronaval Service of Panama ( Senan ) , told AFP . According to De Gracia, the Senan seized 20.2 tons of drugs hidden in containers so far this year, a figure six times higher than the nearly 3 tons seized in 2020.

The Chamber of Commerce, Industries and Agriculture of Panama (Cciap) announced that it has launched different projects that combine elements for the sustainable development of the country. Among them is Panama, tell me! , an observatory that measures the quality of life of Panamanians, understood as the degree of integral well-being, both in an objective dimension that includes culturally relevant measures of prosperity and that can be verified externally, and in a subjective dimension, which refers to the Citizens’ opinion regarding their satisfaction with the goods and services offered by the country.

In March 2022, the first maintenance contract by standards would be tendered under the Public Private Associations (PPP) scheme. This was reported by the Minister of Public Works (MOP), Rafael Sabonge, who indicated that there will be 2,000 kilometers of road that will enter this system, where the State cedes the rehabilitation and maintenance of a road segment to a third party and will pay as that the company complies with the points agreed in the contract that will last for 10 years.

Until November 2, a warning for the prevention of frequent waves and rip currents on the Caribbean side will be in force, reported the National Civil Protection System. Among the areas that are under warning with wave height from 0.5 to 1.5 meters are:  – Eastern Caribbean (Guna Yala region, Costa Arriba of Colón) – Central Caribbean (Costa Abajo de Colón and Veraguas Norte) – Western Caribbean (Bocas del Toro and Ngäbe Buglé region) The Directorate of Hydrometeorology of Etesa foresees that the increase in waves will be the result of the wind from a cold front near the coast, generating rip currents in the Panamanian Caribbean Sea. For this reason, the population has been asked to avoid activities on the Caribbean coast and to keep an eye on children and older adults who are on the beach.