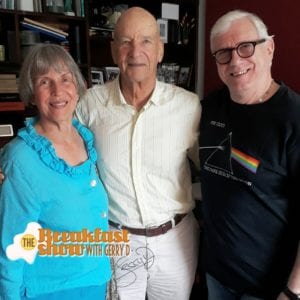 In the last hour of today’s program: Living through the times of Noriega’s iron fist may have been bad for many but as a US Colonel who has three daughters detained by the Dobermen it could have had a very bad ending. Jeanette and Col Charles Stone (retired) talk about the story behind the book “Deported Colonel.”

The unofficial results of  the Electoral Tribunal (TE) indicate that former President  Ricardo Martinelli secured the candidacy for deputy in the circuit 8-8, in the primary elections that  Democratic Change (CD) held this Sunday, September 30.

The General Directorate of the Penitentiary System  reported that former President Ricardo Martinelli, who is being held in El Renacer prison while under investigation for the wiretapping, “disregarded” prison law, after threatening to attack the custodial staff of the prison.

The (trimmed) budget of the  Judiciary for 2019 does not include funds to implement the judicial career , although this is a law of the Republic in force since August 2015.

Judge of guarantees Hiroko Tinoco ordered the provisional detention and charges to to be brought against a 31 – year-old and a woman of 25, who were linked to the kidnapping of a 3 month baby which occurred on 27 September, in El Tecal , corregimiento of Vista Alegre, in the Arraiján district of the province of Panamá Oeste .

The export of fresh Panamanian tropical fruits to new markets depends on the results of an audit of the Animal and Plant Health Inspection Service of the United States Department of Agriculture (USDA-Aphis).