Today no guests, so it is you, me and the music. We do though, after the events of the weekend take a look at some of the things that the ne 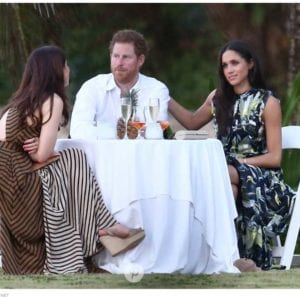 w Duchess or Sussex (AKA Meghan Markel) can no longer do being the newest member of “The Firm.”

The  Public Ministry (MP) reiterated this Sunday, May 20, 2018 that the Blue Apple case , related to the payment of bribes by state contractors to officials in the last government, has been suspended for two months.

The general director of the Panama Metro, Roberto Roy , acknowledged that the adjustment of 11% per hour on the salary established in the collective agreement between the Panamanian Chamber of Construction (Capac) and the Single Union of Construction Workers (Suntracs) , and which applies only to state mega projects, will impact the cost of the Metro.

Judge Cecilio Cedalise , prosecutor of the trial that looking into former President  Ricardo Martinelli for the alleged commission of the crime of embezzlement to the detriment of the Savings Bank (CA), is conducting proceedings as part of the investigation.

The  Public Prosecutor’s Office (MP) reported the seizure of 424,245 dollars and 96 cents after an operation carried out by the Office of the Special Prosecutor for Drug-Related Crimes, in coordination with the Antinarcotics Directorate of the National Police.

The National Aeronaval Service (Senan) confirmed that investigations are being carried out in connection with a vessel belonging to the institution that was stranded in front of El Cirial beach, in the wildlife refuge of Isla Iguana, district of Pedasí, province of Los Santos .

After circulating on social networks a video where you can see a  Metro Bus that enters a “push button” on the Transístmica route , the company  Mi Bus sent a statement to clarify that the vehicle was vandalized minutes before.