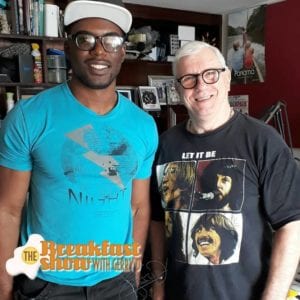 Joining me today in the second hour of the program Barbadian Ajani Griffith. As well as being a songwriter Ajani is working in the production and branding side of the music industry, tune in, check it out.

Rómulo Roux won in the elections for the new board of Cambio Democrático (CD) held yesterday.

President Juan Carlos Varela announced yesterday, that he expects the arrival of at least 25 million passengers through the Tocumen International Airport in the next few years, within the framework of the expansion plan of the airport, which includes the construction of the South terminal.

The deputy director of the National Police, commissioner Alonso Vega Pino, confirmed that four units of the institution are under investigation by the Police Responsibility Directorate (DRP), for the death of a woman, in an incident that occurred in Nuevo Mexico, in the district of Chilibre, in North Panama.

The Attorney General of the Administration, Rigoberto González, is aware that during the last years his office has run into several projects that, despite having been approved by the authorities, present anomalies in their environmental impact studies (EIA) and in permissions for their execution.

The President of the Republic Juan Carlos Varela, sanctioned Law 1 of January 19, 2018, where the use of plastic bags in commercial establishments is prohibited.

The musical legacy of Soda Stereo, one of the most renowned bands in Latin America, which released seven successful albums between 1984 and 1997, inspired the last Cirque du Soleil show, SEP7IMO DIA – No Descansaré.