Monday 24th July 2017. A visit to a Moringa farm and Theatre Guild Improv8. 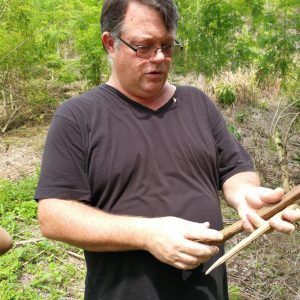 In the second hour we take a road trip to a moringa farm and see how the moringa tree is grown, harvested and turned into health products including tea.

In the last hour Amit Nathani and Joe Mezquita come on TBS to talk about the current show ‘Improv8’ which is running at the Ancon Theatre Guild. Also an impromptu rendering of ‘come to improv!’ ukulele and all.

The Social Security Fund (CSS) is preparing a new bid for at least 61 common use drugs for which they did not receive any offers, said José Paradas, purchasing director.

Maintenance work on the sanitation project in the capital city and the Bay of Panama has an annual cost of $30 million. The consortium Panama Wastewater Operational Services (Soap) is responsible for these works that will include the third stage of the project, which is being built.

The competition for the construction of the fourth bridge over the Panama Canal, one of the largest and most important works promoted by the current administration, will be less than expected.

This Saturday, July 22, began the repair work on the marine stretch of the South Corridor, which included the partial closure of the road, the National Highway Company said.

In Bella Vista, which is a major commercial and financial center in the capital city, thefts have increased during the first five months of this year, compared to the same period in 2016.

More than five thousand people have been removed from the “120 to 65” Program, after authorities detected that they were receiving this benefit and at the same time having titled land.

During the first half of 2017, the National Public Services Authority (ASEP) imposed fines of $7.2 million on public services companies in Panama due to non-compliance with current electricity, telecommunications and drinking water regulations.

A large number of people participated yesterday in the recreational Ciclovía this time extended as far as the Amador Causeway. Previously the stretch was from the Morelos statue of Panama Viejo to the Cinta Costera 3.

The Mayor of Panama announced the “Ponte Linda Panama” contest, created for architecture students of the various Panamanian universities.