A brand new board game developed by my guest in the last hour this morning, Andres Tarte… The name of the game Ecopolis.

A strategy game on developing an urban environment with the minimal used of natural resources.

What would you do to improve the quality of life of the population while avoiding the consumption of natural resources to skyrocket? This is the biggest challenge facing humanity, and which must assume when playing ECOPOLIS.

How to achieve it? To build more roads? Eat less meat? Promote tourism? Invest in renewable energy … Every decision involves some trade-off; nothing is as easy as it seems.

To reach the goal you must manage your national budget wisely, investing in research, negotiate international cooperation, and even confront natural disasters and unscrupulous rulers.

There will be a workshop at Casco Workstation on Wednesday. 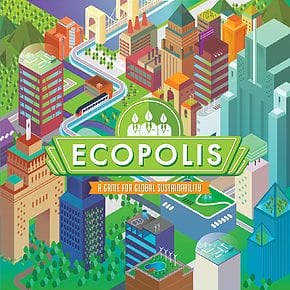 The president of the Democratic Change (CD) party, Ricardo Martinelli, sent a letter to the President of the National Assembly, Ruben De Leon, informing him that under existing disciplinary proceedings pending against 16 deputies, and by request of the other 9 “Founding Fathers”, the group recognized Edwin Zuniga as their leader in the legislature.

Marcelo Odebrecht, the former president of the Brazilian company Norberto Odebrecht who is serving a 19-year sentence for corruption, has detailed the bribes the company allegedly paid to foreign officials, including former Panama President Ricardo Martinelli.

Since last Thursday, July 21, the former director of the National Assistance Program (PAN) Rafael Guardia Jaén, is being held at the Santo Tomas Hospital (HST), said his lawyer Victor Orobio.

The government of Nicaragua has held a consultation with its ambassador in Panama, Antenor Ferrey Pernudi, who has been linked to an assault at his residence that left a woman hospitalized.

After a week of striking, Panamanian educators decided in a general assembly to end the work stoppage. Today they will return to the various classrooms, after having reached agreements with the government.

President Juan Carlos Varela confirmed on Friday that the draft 2017 state budget includes $661 million for the extension of lines 1 and 2 of the Panama Metro.

After a fire that occurred yesterday morning in Rosita pension, located opposite Plaza 5 de Mayo, the Ministry of Housing and Land Management (Miviot) reported that it has no responsibility, because it is a private property.

The Panamanian Chamber of Construction (CAPAC) expects to surpass $20 million in transactions during the Chiriqui Expo 2016, to be held from August 10 to 14.

Domestic production of alcoholic beverages fell 2.6% during the first five months of the year, according to the Comptroller General of the Republic.

Far from being simple, Amazonian indigenous peoples have very complex ideas about the world and their relationship with other living beings.