Monday 25th March 2019. Fun with pets and family at the Holiday Inn at the Panama Canal. 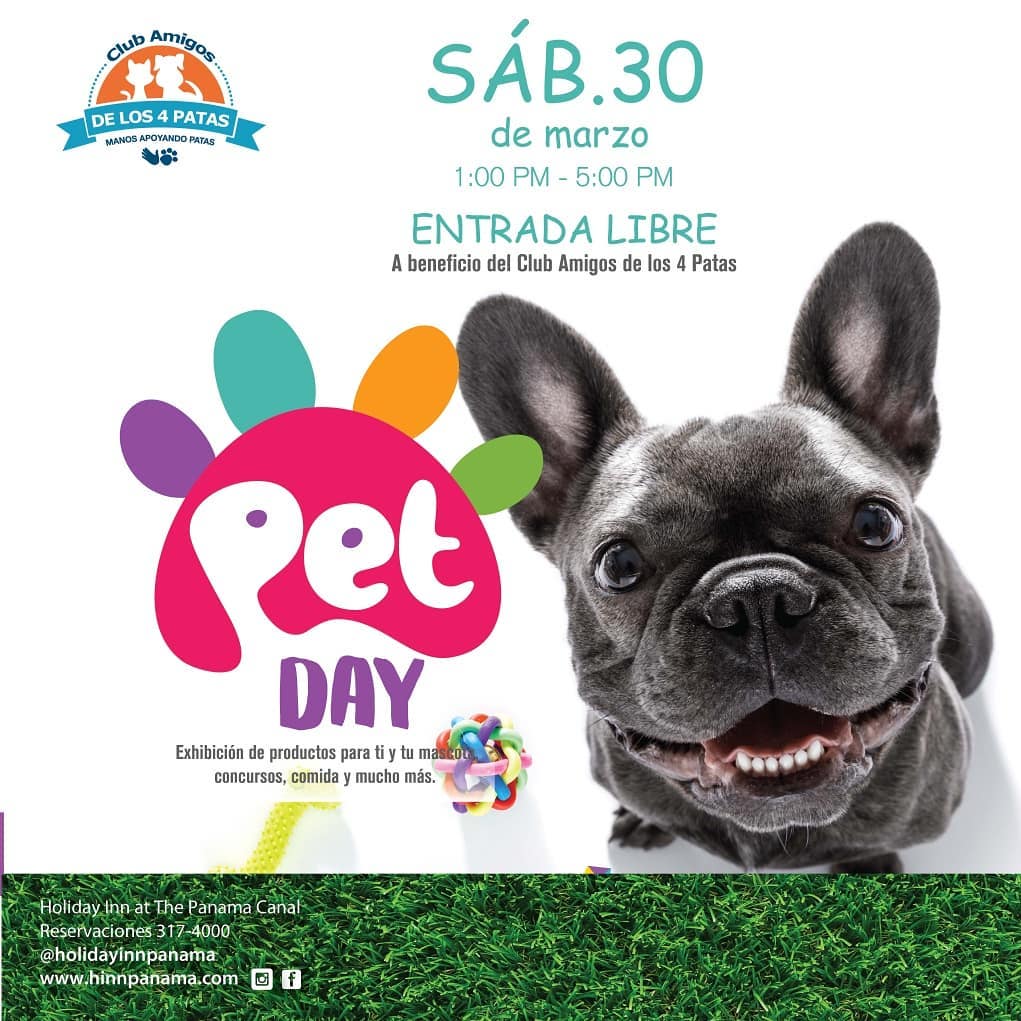 In the second hour of the program Catia Thomas the General Manager of the Holiday Inn hotel at the Panama Canal joins me to talk about, “BBQ & Pet Day” an outdoor space, for all pets lovers to spend a different afternoon with the best company. They are located in the City of Knowledge.

Also they will have the participation of more than 20 stands of different entrepreneurship’s that are related to the canine world and other stands of general articles of interests such as food preserves, accessories, swimwear, organic articles and handicrafts. Don’t miss it.

The Public Ministry, represented by the prosecutor Aurelio Vásquez, sustained on Friday, afternoon, the accusation against former President  Ricardo Martinelli , for the alleged commission of four crimes: against the inviolability of secrecy and the right to privacy, and two types of embezzlement.

Judge Leslie Loiza , of the 15th Criminal Court of Panama, ruled on March 22nd a final dismissal in favor of Gustavo García de Paredes, ex-rector of the University of Panama, for an alleged property damage of $ 37,000 to the detriment of the University.

At 2:23 pm on Saturday, there was an earthquake of 5.4 magnitude, which was felt in the provinces of Panama and Panama West, reported the National System of Civil Protection (Sinaproc).

The Government announced that Line 2 of  the Panama Metro is now 97% complete.

At 6:00 am this Saturday, March 23, a forest fire was reported in the Chorcha plateau, in the province of Chiriquí, the Panama Fire Department reported.

The  Gorgas Memorial Institute for Health Studies won the category of Exceptional Institution of the Carlos Slim Awards in Health 2019, “for its scientific research for the benefit of the people of the region.”

Panama and Colombia are trying to harmonize regulatory issues on electricity transmission to sign the agreement for the interconnection project that is being developed between the two countries.