The Ministry of Health (Minsa) reported this Sunday, that in the last 24 hours 866 new infections of Covid-19 and 13,195 active cases were reported. Since March 2020, when the first infection from the new coronavirus was reported, to date 429,949 cases have been counted. On the deaths, the epidemiological report of the Minsa, indicates that in the last 24 hours there have been 7 deaths, 2 from previous dates were updated, totaling 6,759 accumulated deaths. In the last 24 hours, 9,523 tests have been applied and a positivity percentage of 9% is recorded.  Recovered patients total 409,995. There are 12,407 people in home isolation, of which 12,045 are at home and 362 in hospital hotels. There are 788 hospitalized patients, of which 665 are in the ward and 123 are in the intensive care units.

The Minister of Health, Luis Francisco Sucre , confirmed this Sunday that eight hospitals nationwide; six in the capital city, one in Colón and another in Chiriquí, will join the vaccination process against Covid-19 . The names of the hospitals and the exact date on which they would begin to vaccinate in these places have not yet been released by the Health authorities since it is in the adjustment phase to specify the strategy and how the logistics will work in each one of the centers. Regarding the request of the owners of restaurants, bars and nightclubs to restrict the entry of people who are not vaccinated to their premises, Sucre commented that each business will be able to apply the measures that suit them.“ In the end, everyone owns their business and will use the strategies that they consider appropriate, first of all to reduce the risk that their staff will get sick from a client and, on the other hand, they give the client the assurance that people are attending a Covid-free venue, ”Sucre said. 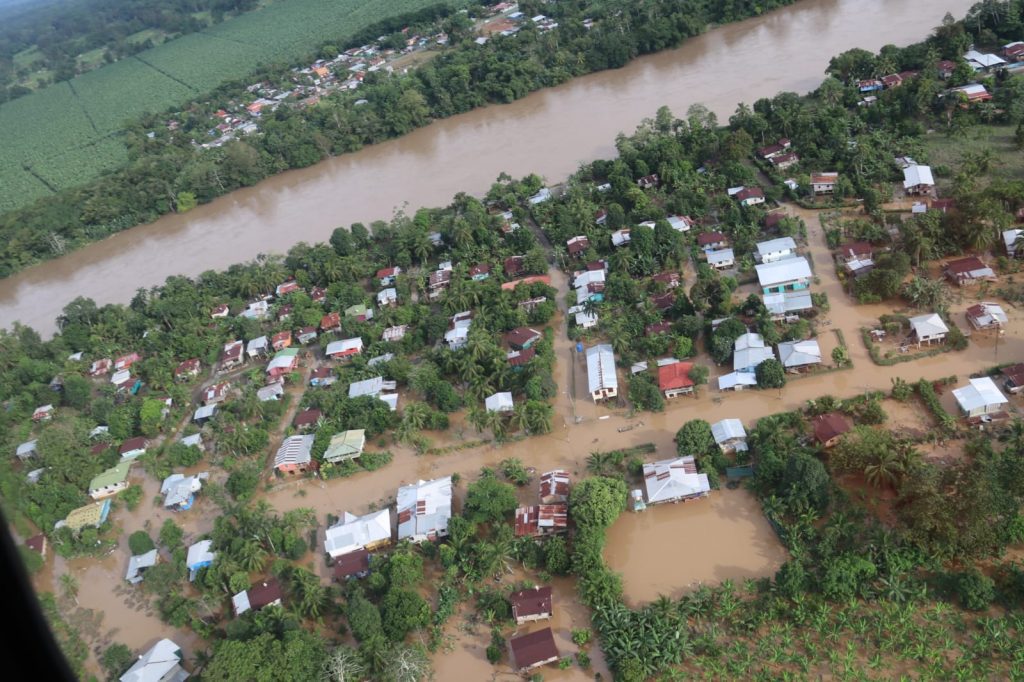 The heavy rains that have fallen in the province of Bocas del Toro have so far left at least 27 thousand people affected, confirmed the security forces. According to a report from the National Civil Protection System (Sinaproc), the rains caused flooding in 27 sectors of this province and affected 27,175 people. “Yellow Alert was declared in the provinces of Chiriquí, Veraguas, Herrera, Los Santos, Colón, Coclé and the Ngäbe Buglé region. And a preventive Green Alert for the provinces of Panama, West Panama, Darien and the Guna Yala and Emberá Wounaan regions due to the effects of rainy events that have already been registered ”, reported Sinparoc.

After more than 12 hours of reporting the rupture of a 72-inch main pipe in the north corridor, near the Brisas de Golf sector and which has the high points of Panama and San Miguelito without potable water, the Idaan crews continue with repair work. It was reported that the lack of water in the affected points could extend for about 30 hours and the hospitals and critical sites are supplied in a contingency operation to supply water through tank trucks. The institution explained that a private contractor company of the National Highway Company (ENA) caused damage to one of the parallel lines of drinking water supply that supply the city, near the Tinajitas tanks.

The Municipal Affairs Commission of the National Assembly will be the body that will be in charge of discussing the new changes to Law 66 of 2015, which reforms Law 37 of 2009, which decentralizes public administration.

Panama has the lowest fuel price among the Central American countries, despite the fact that, after the increase in oil to almost $ 75 a barrel in recent weeks, the country registered the highest percentage increase in derivatives compared to the region .

Panamanian swimmer Emily Santos finished in fifth place in her heat , in the 100-meter breaststroke competition at the Tokyo 2020 Olympic Games , with a time of 1 minute 12.10 seconds. “With a time of 1: 12.10, Emily Santos finished in 35th place out of 45 swimmers,” reported the Olympic Committee of Panama (COP) on the general classification of the specialty held this Sunday morning.