Join myself and Diana from La Vespa in the second hour this morning as we check out the cuisine, authentic Italian cuisine by Italian chefs. Also the tie in with the Vespa 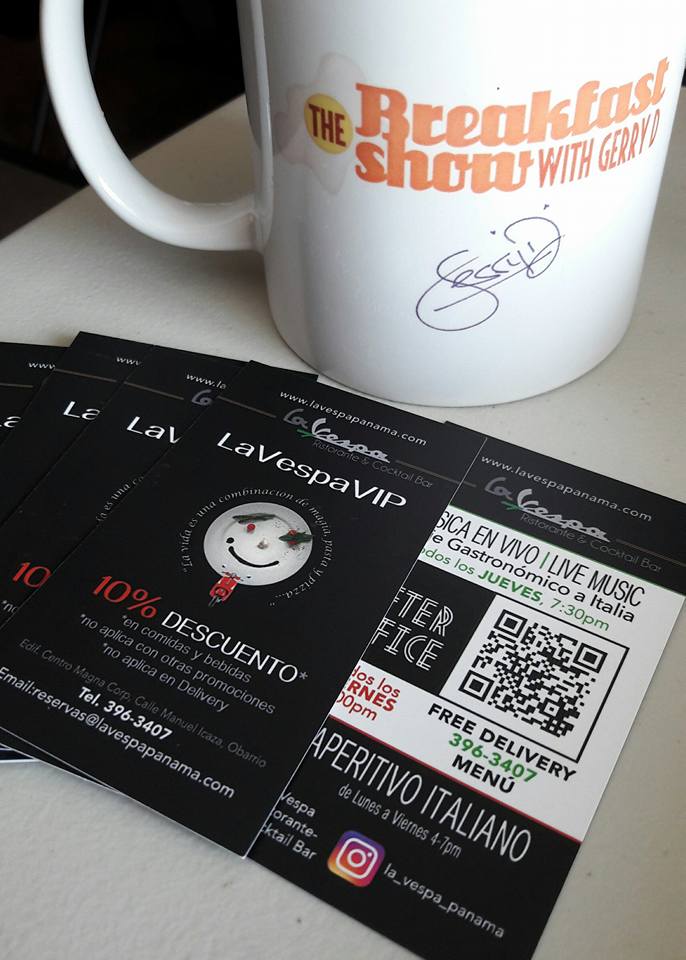 scooter synonymous with Italian chic. Don’t forget make a reservation and say you heard them on TBS and get a VIP card! (396 3407)

Senior representatives of the Ngäbe Buglé General Congress have petitioned President Juan Carlos Varela for a meeting about the Barro Blanco hydroelectric project.

The release of Guillermo Ferrufino, a minister during the Ricardo Martinelli administration, has fueled the demand by members of Democratic Change (CD) party, calling for changes to the precautionary measures of detained party members.

Yesterday, President Juan Carlos Varela defended the breast-cancer awareness campaign launched by the Office of the First Lady, directed by his wife Lorena Castillo, that involved covering a section of a mountain with a pink tarp.

From now on, El Renacer Prison will only receive detainees who have been convicted. This was established by Resolution 2632 of December 2014 of the Prison System, published in the Official Gazette on Tuesday.

Panama already has 21 projects certified by the United Nations to issue certificates of reducing carbon emissions, known as carbon credits.

About 200 producers in Coclé were trained this week in sustainable and safer techniques for onion production.

New research at the Smithsonian Tropical Research Institute revealed that, in order to survive, wildlife is gradually adjusting to the noise generated by humans on the planet’s ecosystems.

Hundreds of volunteers participated yesterday in the 25th National Cleanup of Beaches, Rivers and Coastal Areas.