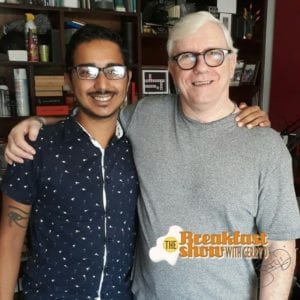 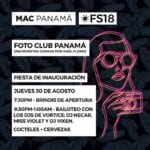 o talk about the Museum of Contemporary Art and their new exhibition which is going to be on during the month of September, Fotoseptiembre.

One of the presumed leaders of the criminal network dismantled in the early hours of Friday by the Specialized Prosecutor’s Office against Organized Crime and the  National Police had been captured and extradited from Mexico last January.

The judge of guarantees Clara Montenegro has fined to the director of the penitentiary center La Joya, Javier Hernández 100 dollars, for not transferring in a timely manner a detainee in that prison to attend a hearing scheduled for Friday, August 24.

The  Panameñista Party concluded its extraordinary convention yesterday afternoon in which its main leaders predicted that they will win the general elections of 2019 and made attacks on the political opposition.

The deputy and president of the Panameñista Party , José Luis Varela, said Sunday that every Panamanian will have the right, with respect, to campaign both for and against the reelection of politicians, taking into account the best for the country.

Despite the contributions made by the State to keep afloat the defined subsystem of Disability, Old Age and Death (IVM) and to face the payments of retirees, the growth of the number of pensions is so great that it is possible that between 2017 and 2018 there will be a cash deficit in this program.

Some 721 packages of alleged drugs were seized this Sunday on the coast of the province of Los Santos, in an operation carried out by the National Aeronaval Service.