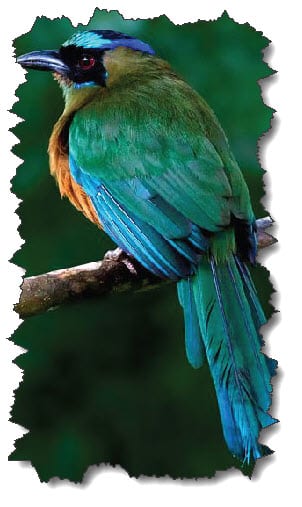 A big TBS thank you to Jose Soto from the Gamboa Rainforest Resort, they are helping with the participation of “Global Big Day”.

How many birds can be seen in one day? That’s the question that drives a ‘big day,’ a 24-hour birding binge that is a fond tradition among birders. The current record for a single Big Day team is 431 species, set in Ecuador.

Traditional birding ‘big days’ focus on a single team of birders, which got us thinking: what if everyone in the world joined together for a single Big Day? The answer, it turns out, is an incredible 65% of all the bird species on the planet—at least. We’re planning to improve on that number this year, and you can be a part of it! 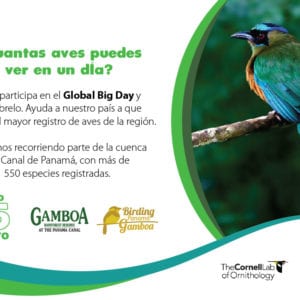 This Monday, April 30, marks the 13th day of the strike declared by the National Union of Construction and Allied Workers (SUNTRACS), and an agreement with the  Panamanian Chamber of Construction (Capac) has not yet been announced.

President Juan Carlos Varela  has delayed the appointment of at least 20 important authorities in different State entities. This, despite the fact that the positions have been vacant for several months.

The judge of guarantees Yemajara Pedroza Córdoba imputed charges to the lawyer Zoraida Saucedo by the supposed commission of the crimes of intentional homicide and illicit association to commit crimes against Canadian Miomir Kotlica and the Panamanian Miguel Páez. In addition, his provisional detention was ordered.

The repair of the pipeline that supplies drinking water to the East Panama sector has not yet been completed, so it will continue today Monday, April 30, reported the Institute of National Aqueducts and Sewers (Idaan).

The revenues of the three stretches of corridors that circumnavigate Panama City totaled $ 170 million last year, a figure that represents a 12% increase compared to 2016.

The homicide / feminicide section of the metropolitan area of ​​the  Public Prosecutor’s Office initiated the investigation into the shooting that took place on the afternoon of Saturday, April 28, 2018 in the Great Station of San Miguelito.