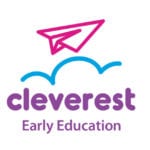 Great new educational initiative coming to Panama in the new year…  Joining me in the second hour is Mae Diaz and Alejandro Fernandez to talk about the Cleverest project, based on a curriculum from Singapore teaching preschool.

In the last hour today we move from the education of little ones to teaching and evaluating corporate management. Cesar Parra has written a piece on good management skill. Check out the last hour this morning to find out more.

Restricting the use of social networks to those convicted of sexual abuse, as well as preparing a public list of pedophiles are some of the approaches that have come from civil society in the context of the debate on Bill 584, which reforms Articles of the Criminal Code, with the intention of increasing penalties for crimes against the sexual freedom of minors.

The party in formation “Broad Front for Democracy” (FAD) ratified on Sunday its board of directors, and doctor Fernando Cebamanos will continue as president of the group. While economist Maribel Gordón will occupy the vice presidency, and the workers’ leader, Genaro López, will be the General Secretary.

The prosecutors from seven countries in Latin America that maintain open processes for the Odebrecht international scandal arrived yesterday in Panama to participate today in the International Meeting of Prosecutors and Attorney Generals in the fight against corruption and money laundering.

Political and civil society sectors assured that there is an intention to prevent the truth about the beneficiaries of the bribes paid by Odebrecht from being known.

The Panama City Hall began testing an electric minibus that will operate the future San Felipe-Marañón route, and although Mayor José Blandón said it was successful, he claimed that making turns was difficult due to poorly parked cars.

The Panama Maritime Authority (AMP) reported yesterday that the first Japanese tanker of 20,000 TEUs was registered.

The National Secretariat of Science, Technology and Innovation (Senacyt) launched the second version of the national scientific photography contest, “Fotociencia”.