According to the epidemiological report of the Ministry of Health (Minsa) this Sunday, in the last 24 hours, 1 death has been registered, bringing a total of 6,370 accumulated deaths, for a lethality of 1.7%. In Panama 365,125 recovered patients are counted. Meanwhile, active cases total 6,281 throughout the country. In addition, this Sunday 348 new positive cases were detected, for a cumulative total of 377,776 infected people. According to the Minsa, 6,820 tests were applied, while returning a positivity percentage of 5.1%. While in home isolation, 5,870 are reported, of which 5,526 are in their residence and 344 in the so-called hospital hotels. In addition, there are 411 hospitalized of those 360 are in the wards and 51 in intensive care units.

The Minister of Health, Luis Francisco Sucre, warned that the fact that vaccines are being distributed nationally does not imply that biosafety standards should be neglected, because this may lead to a third wave in the country of Covid-19 . “Up to this moment there is a coverage of 14% of the vaccinated population, that is good, however it is not enough yet so that we can say that we have a herd immunity, we have a long way to go to reach 70%, Sucre said according to an interview released by the Ministry of Health (Minsa). The drive through enabled on the grounds of the La Chorrera Fair for the application of the AstraZeneca vaccine against Covid-19 will begin operating today Monday, and the Health authorities hope to immunize about 15 thousand people in the next weeks.

The Minister of Education, Maruja Gorday de Villalobos , explained that in order to mitigate the advance of Covid-19 and protect the communities, the decision was made to postpone the start of blended classes in 22 schools.

The lack of income to meet the expenses in the exclusively defined benefit subsystem of Disability, Old Age and Death (IVM) will be felt strongly at the end of this year.  The actuaries of the Social Security Fund (CSS) project that this year the pension system will have income of $ 1,501.7 million, but will face payments to retirees of $ 2,042 million. This will generate a difference between income and expenses of $ 540.3 million, according to the entity’s calculations. 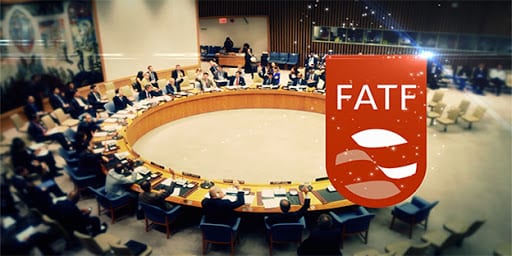 The lack of enforcement of laws and the stagnation of high-profile cases in the judicial system reflect the limited effectiveness of the framework for the prevention of money laundering and terrorist financing. Half of the countries in the study still remain on the list (Pakistan, Panama, Albania, Uganda and Cambodia) and the other five have already exited (Sri Lanka, Bahamas, Serbia, Ethiopia and Mongolia). In the case of Panama, it points out that the country’s inclusions and withdrawals from the list have not had a significant impact on the economy. Panama returned to the list due to the lack of effectiveness of its legal framework and this continues to be one of the main pending tasks. The study indicates that progress has been made in reporting suspicious transactions, specifically in the financial sector, but progress is limited in terms of the number of prosecutions and convictions.

Traffic on the Las Américas-Arraiján bridge, specifically in the Arraiján main sector, began to normalize on Sunday afternoon after the Ministry of Public Works (MOP) terminated the road repair work.