For the third consecutive day, the Panamanian health authorities report no deaths due to Covid-19, which has left a total of 8,170 accumulated deaths since the start of the pandemic in March 2020. According to the epidemiological report of the Ministry of Health (Minsa), in Panama there are 159 are new cases. 4,641 tests were applied to detect those infected with the virus, for a positivity of 3.4%. In addition, the active cases in Panama total 2,240, of which 2,165 are in isolation and 75 hospitalized. Those who are in isolation are divided into 2,141 in their residences and 24 in the so-called hospital hotels. While the 75 hospitalized are divided into 68 patients in the wards and 7 in intensive care units.

The Foreign Minister of Panama, Eryka Mouynes , announced that the Secretary of State of the United States, Antony Blinken, will visit the country in the coming days. The head of Foreign Relations hinted at TVN ‘s Radar program that one of the points to be discussed with Blinken is the Trade Promotion Treaty between the two nations, which came into force in October 2012. She said that the agreement provides for a review in 2025, but Panama has asked to bring that date forward. 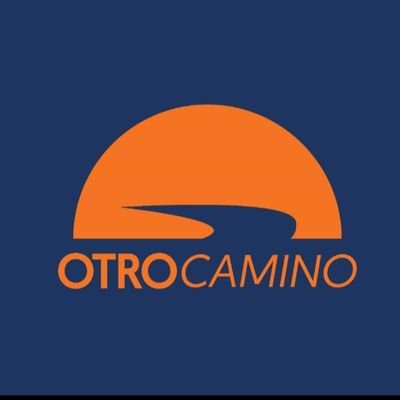 The Electoral Tribunal confirmed on the afternoon of this Sunday, that “in complete order and without incident” the internal elections of the Movimiento Otro Camino (MOCA) concluded. The members of the aforementioned political group went to the polls to choose their 313 national leaders, in a tournament organized and financed by the Electoral Court. Voting began at 7:00 am and closed at 4:00 pm According to the Electoral Register, MOCA has 42,460 adherents, of which 19,512 are women and 22,948 are men.

Article 9 of Law 122 of December 31, 2019, which creates tax incentives for tourist activity, is unconstitutional, and the Supreme Court of Justice must declare it so. That is the opinion of the attorney in charge of the Nation, Javier Caraballo , consulted on the matter as part of a claim of unconstitutionality against said article filed by the lawyer Ramón Ricardo Arias.

At a time when the mayor of the district of Panama, José Luis Fábrega , plans to build a millionaire seafood market for more than $40 million, there is a project that he has chosen to abandon: the Parque Municipal del Norte .This work began in the last administration, when the mayor was José Isabel Blandón, and was developed on a 20-hectare plot of land in the community of San Vicente, district of Chilibre, at a cost of $17 million. It would be something very similar to what the Omar Recreational Park is, in the district of San Francisco, for the residents of downtown Panama City.

The Supreme Court of Justice (CSJ) will have the last word regarding an eventual conviction of the magistrates of the Electoral Tribunal (TE), Alfredo Juncá and Heriberto Araúz , if they are found guilty of the crime of abuse of authority, as was denounced this week by Mitchell Doens. This was considered by the former magistrate of the Criminal Chamber of the CSJ, Harry Díaz, who explained that article 39 of the Code of Criminal Procedure establishes that the plenary session of the Court is competent to hear the processes and precautionary measures against the deputies, the attorneys of the Nation and the Administration, the Ministers of State, the magistrates of the Electoral Court and the Comptroller General of the Republic. According to the Doens complaint, the two TE magistrates overstepped their limits by deciding that the principle of specialty of the United States-Panama extradition treaty applies to former President Ricardo Martinelli.

The Archdiocese of Panama warned this Sunday that the use of masks will be mandatory in the processions that take place during Holy Week.This was announced this Sunday by the Archbishop of Panama, José Domingo Ulloa, who expressed that even though the Ministry of Health (Minsa) has determined that the use of masks can be dispensed with outdoors, during processions “it will be mandatory to use the mask , as well as the safety distance between those who participate.