It’s amazing what we do in the name of entertainment, Friday was wine, today Gelato! We don’t call it ice cream as it is a different process using all natural ingredients. Alfonso and Juliet from Gelato and Co are chatting with us in the second hour today. We discover how it is made, what the difference is with ice cream and needless to say we have to sample some!

“Gelato is the Italian word for ice cream. It starts out with a similar custard base as ice cream, but has a higher proportion of milk and a lower proportion of cream and eggs (or no eggs at all). It is churned at a much slower rate, incorporating less air and leaving the gelato denser than ice cream.” 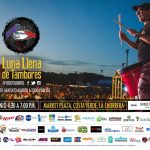 A big welcome back to the show to Alfredo Hidrovo from Luna Llena de Tambores. It is that time of the month again. Luna Llena is now in its seventh year spreading fun and enjoying the monthly spectacle.

After several modifications, the National Assembly budget for fiscal year 2017 increased by $28.2 million according to the latest budget report prepared by the Ministry of Economy and Finance.

José Domingo Arias, the presidential candidate for the Cambio Democratico (CD) in 2014, will be questioned by the Special Anti-Corruption Office in the Odebrecht case today.

Gerardo Solis, presidential pre-candidate for the Democratic Revolutionary Party (PRD), expressed his concern that electoral fraud will take place in the 2019 elections.

The judges of the Supreme Court, meeting in an extraordinary session on Friday, failed to reach an agreement on habeas corpus petitions filed by defendants in the Odebrecht case being investigated by the Special Anti-Corruption Office.

Civil society organizations repudiated the “violent and arbitrary” actions against human rights defenders who were detained by the National Police on Friday, June 2 in front of the institution’s headquarters in Ancón.

The Third Anti-Corruption Prosecutor carried out a raid at El Renacer Prison.

After almost seven months of opening the call, Metro de Panamá, S.A. conducted on Friday the international prequalification of the ‘Design engineering project, construction works, auxiliary facilities of the line and stations, supply and installation of the railway system and commissioning of the system for the Line 3 of the Metro’.

This past weekend, the Club Activo 20-30 held the thirty-ninth version of Lecheton 20-30, an event where they hoped to collect 130 thousand liters of ultra-pasteurized milk or milk packaged in Tetra Pak material.

Recycling has become a tool for the reintegration of 800 prisoners in La Joyita prison.