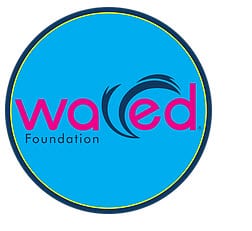 In the second hour today we have with us Bastian Barnbeck from the Waved Foundation. a combination of education and surfing. paddle boarding, swimming etc.

Up until now the foundation has been mainly in the interior of the country but now they have the first school here in Boca Caja in the city. Check out their website for more information.

The governments of the European Union (EU) approved last week the creation of a European Travel Information and Authorization System (Etias, its acronym in English) for citizens of countries that are not required to obtain a visa to enter the EU, among which is Panama, it will be necessary to process a new entry permit.

A collision between a sedan and a 4×4 vehicle on Saturday night resulted in one death this occurred in the area of ​​the bridge of the Americas, reported the Panama Fire Department.

The government of Panama opened the Segumar office in order to attend to clients of the ship registry in Shnanghái, China, the Panama Maritime Authority (AMP) confirmed in a statement.

President of the Republic, Juan Carlos Varela, took the opportunity to announce that a process of consultations with the different sectors of society will begin to promote a change in the Constitution. The President said the magistrates of the Electoral Court have been briefed on the possibility of holding it the same day of next year’s elections.

The Mayor of Panama City, José Isabel Blandón, announced that he will leave office before his nomination as candidate in the internal elections of the Panameñista Party and later, to participate in the 2019 general elections.

Panama will receive this week the visit of the vice president of India, Mup-pav-ara-pu Venkaiah Naidu, the first high-level visit from the country.