By 2023, the Micro, Small and Medium Enterprises (Ampyme) Authority will have more resources.According to the State budget project, for fiscal year 2023, the entity managed by Óscar Ramos will have a budget of $12.7 million, that is, $2.6 million more than the one approved in 2022, which was $10.1 million. This represents an increase of 20.4%. The line where the increase stands out is that destined for the Seed Capital program , which consists of providing non-reimbursable funds of up to $2,000 for entrepreneurs. Last year, Ampyme was the target of questions due to the opacity in the Seed Capital program . The La Prensa newspaper requested the entity, covered by the Transparency Law, the list of the beneficiaries of Capital Semilla. Even the Transparency and Information Authority (Antai) indicated at the time that Ampyme “maintains the obligation to deliver the Seed Capital information and comply with Decree 126”. On the other hand, the National Secretariat of Science, Technology and Innovation (Senacyt) will work with a smaller budget. According to the project, it will be allocated $46.6 million for 2023. When compared to 2022, a reduction of $3.7 million stands out. For operation, the budget project indicates, the Senacyt will have $6.8 million and for investments $39.7 million. Panama only invests, to date, an approximate of 0.20% of the gross domestic product (GDP) in research and development.

The Minister of Foreign Affairs of Panama, Erika Mouynes, and the newly appointed Colombian Foreign Minister, Álvaro Leyva, met to discuss migration, security, trade, investment and environmental protection, reported the Panamanian Foreign Ministry. “Colombia is one of our main partners due to proximity and affinity. With Foreign Minister Leyva we reviewed the common agenda, which includes valuable components for economic reactivation. We also agreed on the strategic lines of the call that Presidents Laurentino Cortizo and Gustavo Petro will hold next Tuesday,” Mouynes said after the meeting.

The deputy of the Panameñista Party bench, Bernardino González, presented an initiative that would reform the Internal Regulations of the National Assembly (AN) in relation to the legal shield that the deputies have for the opinions expressed in the legislative plenary session. Article 228 would be reformed so that it reads as follows: “Assembly members are not legally responsible for the opinions and votes they cast in the exercise of their duties, and they deserve consideration and respect from the authorities.” What is new is that the word “votes” is included. 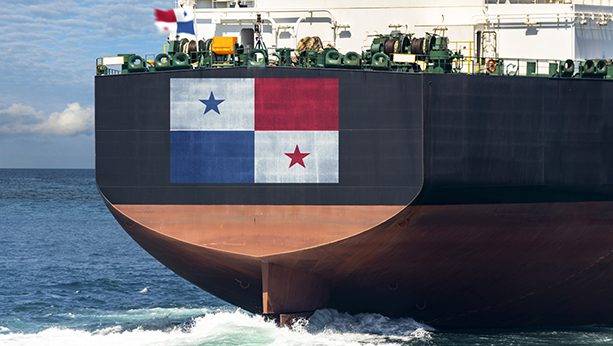 Panama is on the verge of losing the leadership in the registry of ships that it has maintained since 1993, for not executing structural changes in the business model, updating the digital service and not reforming the legislation, say representatives of the maritime sector. In the last 29 years, the Panamanian flag has flown in the world fleet, maintaining leadership in the number of vessels and the largest tonnage, but Liberia and the Marshall Islands, its two closest competitors, have developed strategies that have allowed them to grow faster. The Panamanian registry has a state administration, which is a positive factor due to the legal security it provides, however, it does not escape bureaucracy and delay in processes in the midst of an increasingly digitalized world. Meanwhile, Liberia and the Marshall Islands are managed by private companies licensed by the State, a factor that could offer them more of an advantage.

Panamanian coffee has outdone itself. Light, delicate and complex, all in a small sip that never ceases to surprise the most demanding and educated palates in the world. On Saturday, Panamanian producers made it clear why they are so good. After two difficult years of the pandemic, his perseverance brought an incredible harvest and a new record. In the XXVI edition of the Best of Panama coffee tasting and competition, the Guarumo Coffee Farm Black Jaguar batch , by Tessie and Ratibor Hartmann, obtained 96.50 in the Natural Geisha category . It is the highest mark in all the geisha competitions in the world.