With Dr Computer (Alex Neuman) we talk about the importance of the ‘Backup.’ How secure is the backup against viruses? We also take a look at the Samsung goodies, the Galaxy S8+, the gaming monitor and the Dex docking module. 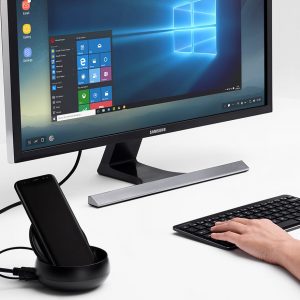 In the last hour today we are honored to have Karina Nuñez. Karina started to learn to play the Cello at the age of seven. She continued studying for many year a lot of it in Germany. Karina has played with many internationally renowned orchestras and is currently the principal Cellist with the Panama Symphony Orchestra. Tonight she has a concert at the Technology University 8pm. We also got the opportunity to have Karina perform two short pieces live for us in the studio, the audio is below.

Today, the Board of the Democratic Change party (CD) will meet to analyze the performance of the 25 deputies that make up the bench.

The hearing to examine the request for house arrest of Alejandro Moncada Luna, imprisoned in El Renacer from March 5, 2015, will resume on August 3.

Yesterday, President Juan Carlos Varela received a report on the restoration work being carried out at the Metropolitan Cathedral of Santa María la Antigua and the National Theater, during a day of inspection at both historic sites in the Historic District.

The Executive sanctioned the law that regulates the protection of newborns and adds an article to the Penal Code, an initiative that was proposed by independent deputy Ana Matilde Gómez in the National Assembly.

Yesterday, the Inter American Press Association (IAPA) expressed concern regarding the decision of the Office of Foreign Assets Control (OFAC) of the US Department of the Treasury to not renew a license in favor of Grupo Editorial La Estrella El Siglo (GESE).

The Mayor’s Office will celebrate Children’s Day this weekend with a totally free event for children and adults who can enjoy games and various educational activities.