Due to a breakdown in the line to Cool FM we were not on air, but here is today’s program:

Dr Computer (Alex Neuman) is with us and also joining us is Bryan Brennan. We start off with Alex in regard to today’s meeting on Internet neutrality, but 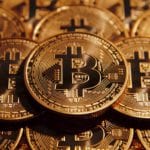 our main conversation is about cryptocurrency. As we see the Bitcoin soar in value, what is it and where is it? How secure is cryptocurrency and how do you purchase it? All these issues and many more are discussed. 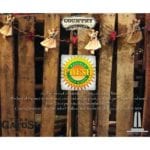 day Miriam Tiblier is back in the studio, this weekend is the next Fresh Market this time in Ancon. Discover what is on offer at the market including pet adoption. We also chat a bit about Christmas and plans for the Fresh Market in the New Year.

Although the Executive maintains the Odebrecht construction company as banned, which prevents it from winning new contracts with the State, the company has participated in the approval process of two tenders that the Tocumen International Airport is carrying out.

The Fifteenth Criminal Court decided to return several properties and bank accounts to the former director of the National Assistance Program (PAN), Rafael Guardia Jaén, among them a house in Costa del Este.

The citizen organization ‘Juntos Decidimos’ demanded yesterday that the Comptroller General of the Republic reveal the “progress or conclusions” of the group of auditors that was installed in the National Assembly to know details about donations, subsidies and professional services of the deputies.

US authorities confiscated more than 1,700 kilograms (3,800 pounds) of cocaine hidden in a semi-submersible off the coast of Panama.

Panama has the weakest system in Latin America in terms of education measurement indicators, said Roxana Castrellón, member of the United for Education group.

After the death of a one-year-old minor in Tower 2 of the Curundú renovation project, the National Mortgage Bank (BHN) reported that they do not have reports of anomalies in the common areas.

Yesterday morning, a clean-up operation began in the city of Colón, one day after the heavy floods registered in this area of ​​the country. The operation is being carried out by the Mayor of Colón and the company Aguaseo, S.A.

The Institute for the Training of Human Resources (Ifarhu) reported that from January 1 to 10, 2018 will be held the scholarship contest for students of official and private schools and State universities.