It is Techy Day, we are joined by Dr Computer on his way to work this morning. He tries out the Samsung Galaxay S9+. Also a new App from the Municipality which among other things enables you to register complaints, which generated a good debate on what is and is not controlled by the Municipality!

For the first week at it’s new time slot. The Canada Report from Michael in the Great White North.

The former president of the Republic  Ricardo Martinelli  was subjected yesterday morning, June 13, to a medical examination at the Santo Tomás Hospital (HST) related to the cardiac arrhythmia he suffers.

Ricardo Martinelli  informed his defense lawyer Alejandro Pérez that he will criminally prosecute the deputy director of the National Police, Jacinto Gómez.

The vice president of the Republic and Foreign Minister  Isabel de Saint Malo de Alvarado confirmed on Wednesday 13 June that the request for the extradition of the brothers  Ricardo Alberto and Luis Enrique Martinelli Linares , investigated for the 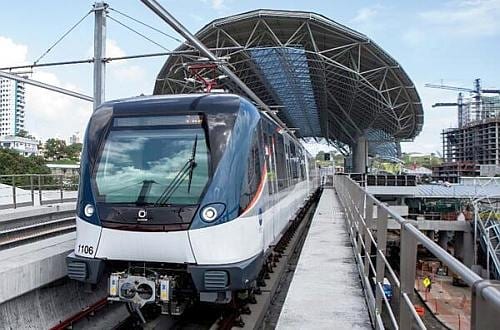 alleged commission of the crime of money laundering in the case of the Odebrecht bribes, is “in American hands.”

The Panamanian Society of Engineers and Architects (SPIA) called yesterday for safety to be the priority in the construction of Metro Line 2 , which runs from San Miguelito to the 24 de Diciembre district, in the district of Panama.