Welcome back to Dr Computer (Alex Neuman). It may sound like and uphill struggle but the Municipality is trying to bring the city into the 21st century. Alex describes how the city is going to be using WiFi  technology to look at the statistics for many issues such as waste, traffic and transportation… 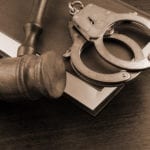 In the last hour together with lawyer Balbino Acosta we touch on a couple of areas of the law. Criminal Law and a new law governing the tax exemption against your principal property, if you are a family. A law that still needs a bit of tweaking.

Former President Ricardo Martinelli withdrew the request for prison change he had made on August 11, as the Prison Bureau cannot provide him with a segregated area where he could complete the extradition process

José Virzi, former legal representative of Banco Universal, appeared before the Seventh Anti-Corruption Prosecutor’s Office, which is investigating him for the alleged commission of money laundering.

The director of the Transit and Land Transport Authority (ATTT), Julio González, announced that an executive decree will regulate the provision of the service by the selective transport sector.

The National Energy Secretariat announced yesterday the new fuel prices, which registered a rise at the national level.

From 10 am yesterday, members of the National Union of Construction Workers (Suntracs), started a march in rejection of the visit of Vice President of the United States, Mike Pence, to Panama.

The Chinese community shops in Panama decided to close their doors yesterday, for a two-hour period, in protest against the murder of a 17-year-old girl while attending a minisúper in the district of Pedregal.

The actions carried out by the National Migration Service, from the first month of the year until July, resulted in a total of 2,935 foreigners being detained.

The Transit and Land Transport Authority (ATTT) in conjunction with Telered S.A. presented a new service that allows users and taxpayers to pay traffic fines, make payment arrangements or pay for driver’s licenses at all the ATMs nationwide.