In the last hours, the Ministry of Health (Minsa) registered 15 new deaths due to Covid-19, while the number of active cases continues to decline. The data from the epidemiological report specify that two from previous days are added to the 15 deaths reported in the last 24 hours. Since the pandemic arrived in the country, in March 2020, Panama has accumulated 7,987 deaths for a lethality of 1.1%. Similarly, it is highlighted that to date there are 1,328 new cases, after the application of 10,645 tests, which reflects a positivity of 12.5%. The number of active cases dropped to 10,787, of which 10,434 are in home isolation and 352 hospitalized. Of the total number of people in isolation, 10,356 are at home and 78 in hotels. As for those hospitalized, 295 are in the ward and 57 in intensive care. 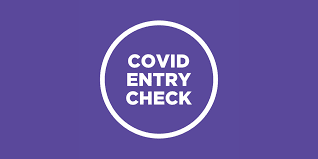 The Ministry of Health (Minsa) issued a decree establishing that travelers entering the country must have the full vaccination schedule against Covid-19 or at least two doses. This is how Executive Decree No. 17 of February 16, 2022 is expressed, where it is argued that the high effectiveness and coverage of vaccination in Panama allows adjusting the sanitary and epidemiological strategy for the entry of travelers into the country. “Any traveler who enters the national territory by air, land or sea, using commercial or private means, must have the complete schedule or at least two doses of the vaccine against the SARS-CoV2 virus, which causes the known contagious infectious disease. such as Covid-19, according to the national vaccination program approved by their country of origin or provenance”, is reflected in the document. In the case of travelers who are not vaccinated or have not received at least two doses against the new coronavirus, in accordance with the immunization program of their country of origin or provenance, they are required to present a Covid-19 test ( PCR or antigen) with a negative result of up to 72 hours of validity. or carry it out at their cost at the port of entry to the country.

Staff of the Electoral Administrative Court of the Electoral Court (TE) is notified, this Wednesday, the former President of the Republic, Ricardo Martinelli , in the office of the Realizing Goals (RM) party, of the process of removal of criminal electoral jurisdiction, at the request of the Third Liquidator Court for Criminal Cases. According to TE sources, the notifiers would post the edict at the door of the RM headquarters, located in the Oceanía building, in Punta Pacifica. Martinelli, founder of RM, enjoys electoral criminal jurisdiction since last January 28, as a result of the internal elections to choose the secretaries of Women and Youth of that party.

A Superior Court of Appeals decided to change the precautionary measure that had been initially imposed on Leonardo Labrador , former head of Epidemiology of the Ministry of Health (Minsa), for the alleged trade in swabs for travelers from the Pacific islands. The provisional detention measure that Labrador had, accused of the alleged commission of crimes against public health and corruption, was modified to one of house arrest. In a hearing held this Wednesday, the same court decided to confirm the house arrest measure for Ana Lorena Chang , former head of Public Health of the Metropolitan Region of Minsa, and Carmen Arosemena , laboratory technician in this entity. It should be remembered that Arosemena and Chang must answer for the alleged commission of crimes against public health. The decision was unanimous. 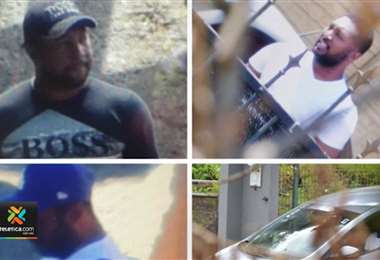 Identifying Jorge Rubén Camargo Clarke, alias Cholo Chorrillo, in Costa Rican territory was not easy. According to what the authorities of that country have said, the investigations that led to his capture – an event that occurred on Friday, February 11, 2022 – took several months. Cholo Chorrillo (42 years old) appears as a suspect of leading the Bagdad criminal gang, linked to at least 70 homicides in Panama, as recently reported. According to Costa Rican media reports, Cholo Chorrillo was elusive, used two houses and was accompanied by escorts. The Interpol Costa Rica office explained that, when the Panamanian had to move in that country, those in charge of guarding him (Panamanians and Colombians) were armed, reported Columbia News . However, the director of the Directorate of Intelligence and National Security, Jorge Torres, said that they noticed a vulnerability and it was decided to act immediately, which finally happened on February 11. 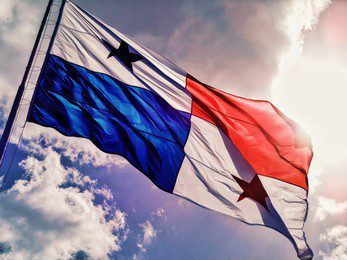 With 56 votes in favor, the plenary session of the National Assembly approved this Tuesday, in the third debate, Bill 157, which declares December 20 “A day of National mourning.” “This project is definitely an advance in recognition of the struggle of the families,” said Labor Minister Doris Zapata. The proposal aims to “adopt national awareness of December 20, 1989”, when the United States invaded Panama to capture the dictator Manuel Antonio Noriega . The project establishes that the flags must fly at half-staff, Ley Seca will apply and it will be a mandatory rest day “without the possibility of a bridging day due to the importance it deserves.”