In Panama there are 300 new Covid-19 infections reported in the last 24 hours , reported the Ministry of Health (Minsa). To detect these new cases, 6,608 tests were carried out for a positivity of 4.5%. Regarding deaths from the coronavirus, the Minsa Epidemiology report notifies three deaths for a cumulative of 8,146 deaths and a lethality of 1.1%. There are 2,435 active cases and of them 2,300 are in home isolation and 135 hospitalized. Those in isolation are divided into 2,260 at home and 40 in hospital hotels and those hospitalized are 117 in the ward and 18 in the intensive care unit.

The end of the use of the mask outdoors or indoors is the next step that must be discussed —with caution— by the authorities and advisors of the Ministry of Health (Minsa) , say scientists consulted on the subject. The epidemiological scenario of the country is favorable, thanks to the improvement of the Covid-19 indicators , since, as part of the vaccination plan, 75.5% of the population has two doses; more than 85%, one dose, and 44.1% of the population, from the age of 16, even have a booster dose In the opinion of Eduardo Ortega Barría, vaccine adviser to the Minsa and national secretary of Science, Technology and Innovation, it is still advisable to keep the mask, in offices, hospitals, public transport and official and private schools. 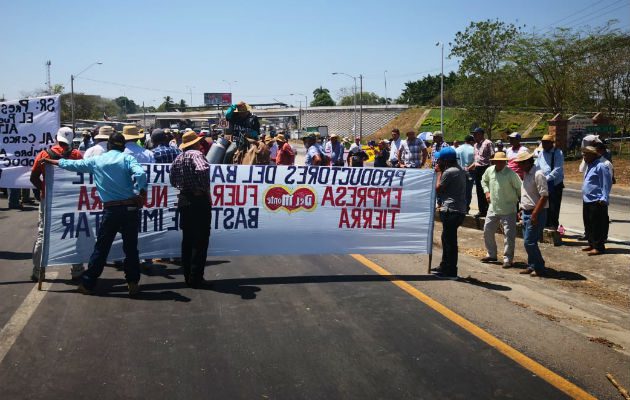 Due to the “inaction” of the authorities and the constant closure of public roads, port and logistics infrastructure in the country, the Logistics Business Council (COEL) expressed its concern on Wednesday. COEL recalled that the national authorities are responsible for “maintaining public order” and freedom of movement and uninterrupted transit for people and goods. However, the group observes with “frustration” how these road and infrastructure blockades continue for hours “without the immediate and timely appearance of the authorities.” Nor do they offer a response to the groups that protest, which creates “serious effects on third parties” and the Panamanian logistics system, and as an example they cite the closure on the 15 March in the town of Divisa, where the Interamericana was closed for 10 hours.

A group of students, who request face-to-face classes at the Autonomous University of Chiriquí (Unachi), presented before the Ombudsman’s Office a complaint for human rights violations after being prevented from accessing the study center. In a note addressed to the

Ombudsman, Eduardo Leblanc, the university students told him that this occurred on March 14 when they were on their way to the Andrés Bello park within the Unachi premises. They indicated that the gates were closed despite the fact that the university is operating normally and within its usual hours, which according to the complainants violates article No. 26 of the Universal Declaration of Human Rights . “We demand face-to-face classes and that is why we were going to carry out a peaceful protest, but the Unachi administration led by de Bonagas prevented them,” the group said in its note to Leblanc. They stated that they were also attacked “psychologically and physically” by the Unachi administrative staff. They stated that these officials belong to positions not related to security.

Seven people, including four agents of the Spanish Civil Guard , were arrested last Monday for allegedly spying on the “girlfriend” of former President Ricardo Martinelli Berrocal in Mallorca, various Spanish media reported. The Civil Guard agents were from the Balearic Islands and served in the Marivent Palace, the Son Sant Joan airport and the municipality of Calviä, among other sectors.  The name of Martinelli’s alleged “girlfriend” has not been revealed, although she was the one who filed the complaint, once she realized that she was being watched by the agents, in July 2020. The woman is identified as a “businesswoman” who lives between Miami and Mallorca. 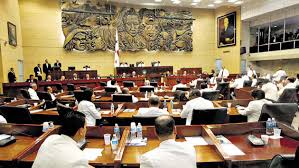 Deputies from all the benches (except for the Panameñista party) took advantage of a project to reform the Electoral Code on certain administrative powers of the Tribunal Electoral (TE) , to introduce an article that modifies the mandate revocation procedure. This is Bill 776 , presented by the TE to the Assembly on March 9 last. The project was approved this Tuesday, March 15, with an article that was not in the original text and that was introduced by the members of the Government, Justice and Constitutional Affairs Commission. “About the assault on democracy and the flagrant violation of the Constitution today in the Assembly, I can only say the following: the old policy of ‘what’s up for me’ has contaminated everything… even what seemed good,” said the president of CD, Rómulo Roux , on his Twitter account.