Thursday 17th November 2016. Tech with Alex and the American Society.

Talking tech with Dr Computer (Alex Neuman), how much is the administration change 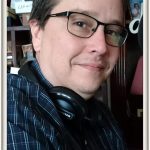 in the United States of America going to affect Silicon Valley, Trump is not exactly big on tech.

The American Society is  celebrating 85 years in Panama, Charlotte Pierce and Scott Crystal talk a little about the history of the Society and some of the upcoming events… Oh and quite a few tracks of music chossen by Charoltte. Also I get presented with the first celebratory Mug! Thanks you.

Evidelio Quiel, a Panamanian ex-lieutenant, sentenced to 20 years in prison in absentia in 1996, for the so-called ‘Albrook massacre’ of 1989, may have visited the capital of the country.

Prosecutor Rafael Baloyes revealed Tuesday that Vernon Ramos, the former Superintendency of Securities regulator who went missing in 2012, was in contact with a family member in the United States in 2014.

Although it will not be until Friday, November 18, when President Juan Carlos Varela receives the final report of recommendations from the Independent Committee of National and International Experts that evaluated the local financial system, Joseph Stiglitz and Mark Pieth, original members of the group, presented their own document in Brussels on Tuesday.

Three water treatment plants in Chiriquí that provide service to the communities of Puerto Armuelles, Santa Marta, Santo Domingo, La Estrella Diyala and San Felix are not operating due to heavy rains in the region.

The Minister of Economy and Finance, Dulcidio De La Guardia, along with a group of Panamanian entrepreneurs, are participating in a commercial mission organized by the American Chamber of Commerce and Industries of Panama (PANAMCHAM), which is being held until today in New York.

There are at least 15 homes that have been affected by the flooding of the La Villa River.

In the year of the inauguration of the Third Set of Locks of the Panama Canal, Lego Education -the educational division of the toy company- has turned it into a limited edition set of 1,184 pieces.