In the first hour we have Dr Computer (Alex Neuman) with us for a Technology chat. We were both at the launch of the new Samsung Q-Led TV yesterday so we take a look this latest tech and also of course we could not leave Ransomware uncovered.

In the last hour Carolina Arango talks about her new line of household products, based on great design and Eco friendliness. Carolina who studied industrial design in Panama and took her masters in Milan tells us about her process and the launch on Sunday.[/vc_column_text][/vc_column][vc_column width=”1/2″][vc_column_text]The News:

The President of the Republic, Juan Carlos Varela, allocated $17,420 from the “Discretionary Items” of the Presidency of the Republic to pay the expenses of Rolando Lopez, director of the Security Council.

The Electricity Generation Company (Egesa) signed the termination of its contract with Odebrecht Latin Finance (OLF) for the construction of the hydroelectric plant Chan II, located in the province of Bocas del Toro.

The director of the Social Security Fund (CSS), Alfredo Martiz, presented yesterday, to the Comptroller General of the Republic, his statement of assets. 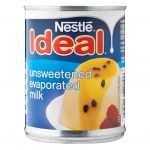 The entry into the country of evaporated milk has had a domino effect on the producers of grade C milk in the province of Veraguas.

In Panama there are 408 instances of land squatting, of which 82 have been legalized according to reports from the Department of Informal Settlements of the Ministry of Housing and Territorial Ordering (Miviot).

The seventeenth edition of the Cannes Film Festival, one of the most important events of the international cinema, will host in the Marche du Films or film market, six Panamanian productions, through the sponsorship of the Directorate of Cinema of the Ministry of Commerce and Industries.[/vc_column_text][/vc_column][vc_column][/vc_column][/vc_row]