Dr Computer is with us in the first hour today, the main topic is a prior to release review of the Huawei P20. It has its launch here in Panama tonight. With three cameras, huge processing it looks like another winner for Huawei. My disappointment is the physical front button, having got used to the Galaxy which did away with it. 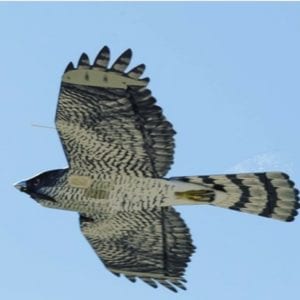 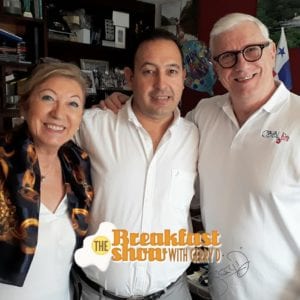 In the last hour today we have with us Mario Machin Rivadeneira from Airpro. Airpro a company that specializes in aircraft components and maintenance based at Albrook has another specialty, drones that control birds at airports. What was also surprising was that it is a problem also experienced by the Panama Canal.

Representatives of the  Panamanian Chamber of Construction (Capac) presented on Wednesday afternoon, April 18, before the negotiating table, new salary adjustment offers to the Single Trade Union of Construction and Similar Workers (SUNTRACS) , an organization that declared a strike from 7:00 am today.

The Committee for the Fight for the Salvation of Colon  announced protests today Thursday, April 19, from 5:30 am, while the Minister of the Presidency, Álvaro Alemán , announced that the government is open to dialogue “without pressure or threats from sectors that seek confrontation”.

The Minister of the Presidency, Alvaro Alemán,  reiterated the afternoon of this Wednesday, April 18, the commitment of the government of  President Juan Carlos Varela to dialogue with all sectors of Colon .

After the magistrates of the Court of Justice of the province of Chiriqui  sentenced Juan de Dios Pino to 30 years, for the feminicide against Luz Michelle Orocú , the defendant opposes the sentence and requested the nullity of the trial.

The president, Juan Carlos Varela, presented to Richard Jakob Vogel, executive director of the Pullmantur cruise line, the details of the Amador Cruise Terminal, with an  investment that exceeds $ 165 million.

The Center for Economic Studies of the Chamber of Commerce, Industries and Agriculture of Panama (Ceecam), estimated for this year, the Panamanian economy will have an approximate growth of 5.4%.