Dr Computer (Alex Neuman) manages to pop in on the way to the office. Topics touched on this morning, unfair trading practices as Google sued by the European Union, the new Mac Book Pro and the Microsoft Surface Go.

Don’t forget to catch up with all the news from the Great White North. This weeks Canada Report from Michael. A bunny is high on the agenda this week! 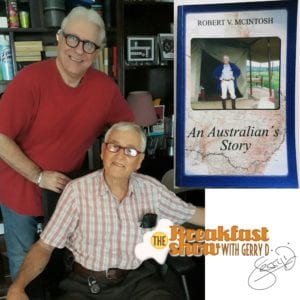 In the second hour we have the next installment in “An Australians Story” as we are joined by Robert McIntosh. We follow his travels from the outback to the Far East, Europe, UK and the USA.

The comptroller of the Republic,  Federico Humbert , reiterated Wednesday July 18, that he will keep the form 080 suspended , which contains the staff of the deputies of the National Assembly .

The Budget Committee of the National Assembly approved on Wednesday, an additional loan in favor of the Comptroller General of the Republic, for an amount of 18 million dollars, to strengthen its operating budget.

The president of the National Assembly , Yanibel Ábrego , announced, that they will open a “broad debate” before entering the vote on the bill presented by the Executive, which modifies the Law of Fiscal Social Responsibility and the Law of the Panama Savings Fund (FAP), which would give it access to more money in the pre-election period.

The mayor of Chitré, Olmedo Alonso , informed on Wednesday, July 18, that he will present a complaint to the  Public Prosecutor for alleged embezzlement in the municipality that he heads.

The general director of the Social Security Fund (CSS) , Alfredo Martiz , said on July 18 that he invited  the Consumer Protection and Defense of Competition Authority (Acodeco) and  Transparency International (TI) to participate as observers of the tender process for 55 ambulances.

The country, either through state subsidies or in the electricity bill paid by consumers, will have to continue to assume the cost overruns in the coming semesters due to the delay in the purchase and installation of equipment for the transmission of energy.

Fuel prices will remain almost the same for the next 15 days, informed the  National Energy Secretariat .