The Ministry of Health (Minsa) announced this Wednesday, March 31, that in the last hours 447 infections of the new coronavirus were reported, for a cumulative total of 355,051. While 4 new deaths were registered by Covid-19 and a nine death from previous dates was updated that total 6,114 accumulated deaths, for a fatality of 1.7%. To date, 11,314 tests have been applied, and a positivity percentage of 3.9% is maintained. The epidemiological report of the Minsa indicates that the recovered patients are 343,904 and the active cases 5,033. There are 4,449 people in home isolation, of which 4,230 are at home and 219 in hospital hotels. There are 584 hospitalized patients, of whom 512 are in the ward and 72 are in the intensive care unit (ICU).

The Chamber of Commerce, Industries and Agriculture of Panama requested the Government, this Wednesday, to repeal Executive Decree 260 that establishes measures to enter the national territory of people from South America, after the first case of the Brazilian variant of Covid-19 . At the same time, they called for the measures to be implemented to be discussed and sustained in a “balanced way, underlining the message that we are facing a health and socioeconomic crisis that must be faced in a comprehensive manner, where decisions cannot be made exclusively by the Ministry. of health”.

Both the Gorgas Commemorative Institute for Health Studies and the Ministry of Health confirmed that there is community transmission in cases infected with Sars Cov-2 P1 , known as the Brazilian variant. Juan Pascale, director of the Gorgas Memorial Institute for Health Studies, revealed that the six cases were detected in the Don Bosco sector, in eastern Panama, San Francisco, Parque Lefevre and in the district of San Miguelito. 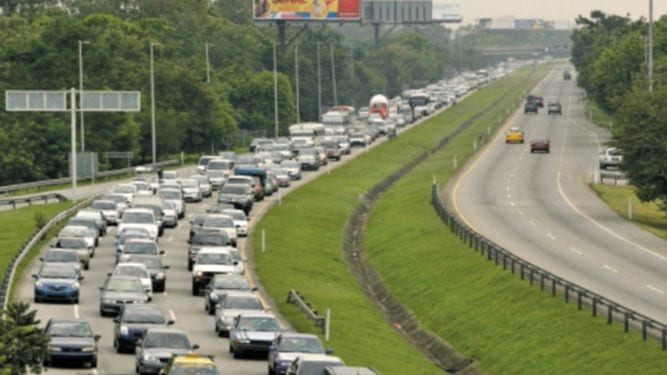 Some 25 thousand civil servants, from a total of 19 institutions, will participate in the “Operation Semana Santa 2021”, which begins today Thursday, and ends on Sunday, April 4. The Minister of Public Security, Juan Pino, reported that the operation seeks to guarantee the safety of the people who will travel to the interior of the country. It also includes police surveillance and “actions” in residential and commercial areas of the city.

The Panamanian Society of Engineers and Architects (SPIA) pointed out this Wednesday, March 31, that the approval in the Municipal Council of Panama of the new Territorial Ordering Plan (POT) does not help the social peace of the nation, especially in a directly related issue with the quality of life of the residents of the district of Panama. Through a statement, this body praised the spirit of openness and participation, which should have been consistent until the final approval of the POT, which did not happen on this occasion.

A ruling of the Supreme Court of Justice (CSJ) of March 4 allows the Special Anti-Corruption Prosecutor’s Office to manage a series of legal assistance requests to Switzerland, the British Virgin Islands and Antigua and Bermuda, related to alleged deposits made by Odebrecht through the Flerigan Interntional Ltd.

The Executive presented virtually before the plenary session of the National Assembly (AN) a bill to modify the Family Code , the Criminal Procedure Code and Law 69 of 2007, with a view to guaranteeing the protection of children, adolescents and teenagers.