You, me the music and some useless information… Did you know that the chances of you dying on the way to buy your lottery tickets is greater than actually winning! 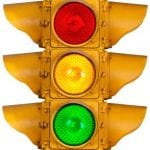 Attorney General Kenia Porcell revealed that “more people will be linked” to the investigation into the alleged criminal activities of the Panamanian firm Mossack Fonseca (MF) in the Lava Jato operation in Brazil.

The President of the Republic, Juan Carlos Varela, traveled to the city of Colón, to participate in the funeral of Amílcar Henríquez, the Colon football player who was, along with two other people, shot dead by several individuals who were in a car in the barrio Nuevo Colón, where he was meeting with friends on Saturday, April 15. The funeral was held at the stadium Armando Dely Valdes.

The strike by doctors, residents and interns at Hospital Santo Tomás (HST) has entered its third day.

The two million influenza vaccines that the State acquired this year from the Pan American Health Organization (PAHO) are already in the country to immunize the population against seasonal influenza in the amount of $10 million.

During the last 24 hours, three people died after being struck by lightning on different beaches in the country.

On Monday, April 24 from 9:30 am will be held in La Casa del Soldado, Cultural Center of Spain, the continuous reading aloud of the famous novel by Miguel de Cervantes, Don Quixote de la Mancha, with the purpose of completing its reading in one day and share this classic with those present.