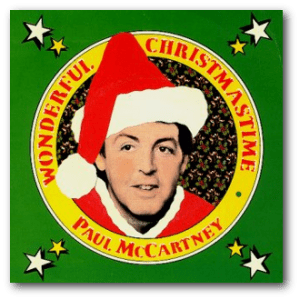 an) with us. Chatting about Tech in general and also with World Youth Day coming up in January of next year how will the mobile networks cope with the influx of about 250,000 visitors.

You, me and the music plus some Christmas trivia like: “Paul McCartney’s Christmas song is widely regarded as the worst of all the songs he ever recorded yet he earns $400,000 a year off of it.”

The Court of Appeals of the Fourth Judicial District declared legal on Wednesday the police apprehension of rice producer Ovidio Castillo.

The Attorney General’s Office  advised on Wednesday, that after the operation regarding an alleged financial crime against Banistmo ended, 26 people were apprehended in the provinces of Panama and Panama West.

Ricardo Martinelli  the ex-president being held in the El Renacer prison , up until now is in the first place for the candidacy for mayor of the capital by free application with a greater number of signatures collected.

The Directorate General of Revenues (DGI) will  make the necessary adjustments to adapt  Executive Decree No. 362 of November 29, 2018, which regulates the property tax retention mechanism, informed the Ministry of Economy and Finance (MEF) .

A group of workers came out to protest Wednesday morning, at the Rod Carew stadium, after the fatal accident that occurred Tuesday in Burunga, via Centenario.

Communications via Internet and mobile telephony will be one of the most demanded services during the World Youth Day (WYD) , from January 22 to 27, 2019. Nearly a quarter of a million additional users, most of them young, will be with a smartphone capturing images and videos to send them to the network all from the same area.