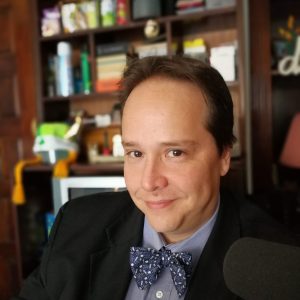 Doctor Computer (Alex Neuman) is with us in the first hour..  Samsung dropped off some goodies a couple of weeks ago for us to take a look at. Today we give our final thoughts on the Galaxy S8+, the Dex docking station and the CFG70 curved gaming monitor.

Yesterday, the plenary session of the National Assembly agreed to cite the general director of the National Lottery of Benefit (LNB), Efraín Medina, to answer five questions.

President Juan Carlos Varela received Tuesday credentials from the ambassador of Paraguay, the Dominican Republic and Peru, at a ceremony in the Bolivar Palace of the Panamanian Ministry of Foreign Affairs.

Minister of Health, Miguel Mayo, will present the National Assembly the draft law that establishes the legal framework for a comprehensive approach to “Sexually Transmitted Infections (STIs) and Human Immunodeficiency Virus (HIV)”, as authorized by Cabinet Council last Tuesday.

Yesterday, president Juan Carlos Varela and José Graziano da Silva, General Secretary of the United Nations Food and Agriculture Organization (FAO), signed an agreement that will promote agricultural development in the different districts of the country.

The Social Security Fund (CSS) Board of Directors approved Tuesday the inclusion of two drugs in the official list of medicines.

Annoyed at the lack of government response to poor road conditions in difficult-access areas and the poor state of schools, a group of educators and parents from Cerro Banco, in the Ngäbe Buglé region, closed the Inter-American highway at the junction of Horconcito.

Given that the scholarship announcement to study English exceeded expectations, the Institute for Training and Exploitation of Human Resources (IFARHU) increased the number of scholarship recipients from 30 to 80.