Always nice when Dr Computer (Alex Neuman) can join us, 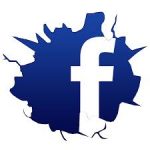 bright and early this morning. We touch on the Facebook use of personal information and the rise of the Android TV.

The operating company of the Hotel Trump Ocean Club took a new step in the midst of the legal dispute over control of the hotel located in Punta Pacifica, which since March 9 is called Bahia Grand Panama.

The Public Prosecutor’s Office will challenge the ruling of the First Superior Court of Justice , which accepted an amparo of guarantees presented by the (separated) mayor of La Villa de Los Santos , Eudocio Pany Perez

The magistrates of the Electoral Tribunal (TE) signed on Wednesday Decree No. 12 of March 21, 2018, by means of which the electoral calendar is made official and the general elections of May 5, 2019 are regulated.

With the presence of Minister Marcela Paredes de Vásquez, this Wednesday, March 21, the thematic education table was installed.

Different entities complained about the rejection of items in the Budget Committee of the  National Assembly by deputies of the parties Revolucionario Democrático and Cambio Democrático .

Panama is among the 19 countries in  Latin America that agreed to promote the elimination of additional charges for international mobile roaming services ( roaming ), in an assembly of the sector held in Buenos Aires, Argentina.