Dr Computer (Alex Neuman) is able to pop in on his way to work.  We chat about tech related topics and I look forward to getting the Microsoft Surface GO.

Its Thursday so we take our weekly trip up to the Great White North with Michael, it’s the Canada Report. 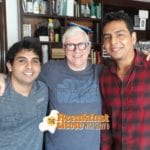 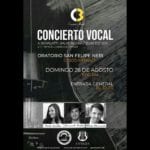 It is a return visit to TBS for David Richard Zuniga and Juan Pablo Sanjur from Consort Musik. They have their next concert this coming Sunday at the Oratorio San Felipe Neri. Find out about the concert program and a general chat about Classical music,

The Public Prosecutor’s Office (MP) has accredited two more companies that served as a “basket” in the Blue Apple case, related to the alleged payment of bribes by State contractors to former employees. And, in the coming days, actions will be taken with regards these new companies.

The indictment hearing of former President  Ricardo Martinelli for the so-called pinchazos case (Wiretapping), which was due to resume on Thursday, August 23, was postponed, at the request of the defense.

After receiving the observations of the Executive, the plenary session of the National Assembly approved the extension period for the payment of property tax until December 2018. Modifications were introduced in articles 2 and 5 of bill 609 that the president Juan Carlos Varela had vetoed.

“It is very sad to see how the funds of all Panamanians were handled in such an irresponsible manner,” said Comptroller Federico Humbert , regarding the audits of payrolls and donations in the National Assembly .

As of Monday, August 20, the timetable for the lane changes from Arraiján to the city, via Centenario, will be from 4:00 am to 10:00 am, reported the Ministry of Public Works (MOP) .

The board of the  Social Security Fund (CSS) approved the purchase of a drug for the treatment of cancer, in the amount of 729 thousand 769 dollars with 97 cents.