The epidemiological report of the Ministry of Health (Minsa) , of this Wednesday, September 22, reports that in the last 24 hours there were 366 new positive cases of Covid-19, for a cumulative total of 465,147. These new infections were detected after 10,515 tests were carried out, which yielded a positivity of 3.4%. Regarding deaths, the report indicates that 4 deaths have been registered and one death from a previous date is reported, for a total of 7,183 accumulated. Active cases are 3,887 and recovered patients total 454,077. There are 3,582 people in home isolation, of which 3,441 are at home and 141 in hospital hotels. There are 305 hospitalized patients and 241 of them are in the ward and 64 are in the intensive care unit.

As of next Monday, September 27, the curfew will be lifted in the regions of Panama North, Panama Metro, San Miguelito and in the provinces of Veraguas, Herrera, Coclé and Los Santos, the Minister of Health Luis Francisco Sucre reported this Tuesday. This decision was made due to the decrease in active cases of Covid-19 , deaths and the positivity index. The curfew will also be lifted as of next Monday, in the Capira district in the Oeste Panama province, and in the Chagres district in the Colón province. He added that the measures already established in the other districts of the provinces of Panama Oeste, Chiriquí, Colón, and the region of Panama East are maintained. You can also attend bars and discos, but you must meet the 80% capacity for those vaccinated with the full scheme and 50% for the general public.

Members of popular and union groups marched this Wednesday, September 22, towards the National Assembly in rejection of the electoral reforms, corruption cases and the dialogue of the Social Security Fund (CSS). Students, workers and union leaders began to march at about 4:00 pm from Parque Porras to the Assembly. The demonstration was called “Pueblo Unido”.

In the second meeting of the technical table that reviews the changes to the electoral reforms, the Tribunal Electoral  (TE) and the National Assembly reached new consensuses, among which are the reestablishment of the prohibition of the participation of popularly elected officials in the inauguration of public works. At the end of the meeting yesterday the presiding magistrate of the TE, Heriberto Araúz, reported the elimination of this proposal, which was approved by the Government Commission of the Assembly.

The printed edition of the newspaper La Prensa , corresponding to Tuesday, September 21, was circulated again this Wednesday in Capira , carrying on the cover the investigation that documents the ties of the mayor of that district, Jorge Ramos , with the deputy of 8-2, Yanibel Abrego . Tuesday’s edition had inexplicably sold out from Capira’s outlets, which is why La Prensa distributed more copies of that days edition, free of charge. The journalistic investigation reports on Ábrego’s links with an NGO that handles the “donations” of Capira , whose mayor is an official (on leave) of the National Assembly and charges $ 3,000 a month from the payroll assigned to this deputy, as a “driver ”.

The Panama Canal expects to exceed 500 million tons moved for the first time in fiscal year 2021, which ends on September 30. Specifically, the Panama Canal Authority (ACP) projects that 519 million tons will have transited by water this year, a figure higher than the 475 million tons registered in fiscal year 2020. The income that the entity expects for the year will be around $ 3.9 billion, while the contributions to the Treasury would be around $ 2 billion. “We expect that in the fiscal year that will end on September 30, the contributions only in duty per net ton will exceed $ 600 million, which added to some $ 1.3 billion in surpluses, will round the figure of approximately $ 2 billion in contributions. directly from the Canal to the National Treasury through tax revenues ”, explained the administrator of the highway. 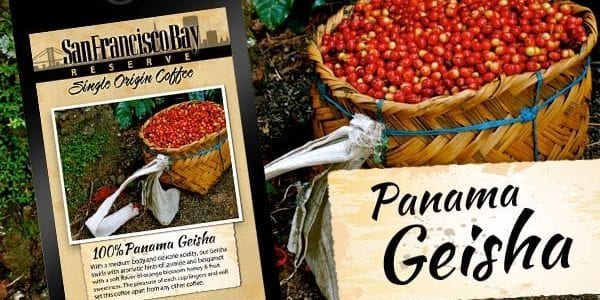 In a virtual auction that led buyers in the specialty coffee market to bid for seven hours in a row, a new record price per pound was achieved for Panama. And it is that the Geisha Nuguo Fermented, by José Gallardo, reached a price per pound of 2,568 dollars and was acquired by the Saza Coffee company of Tokyo, Japan. It should be noted that this is not the first time that this company has offered high prices for grains grown in the cool mountains of Chiriqui.