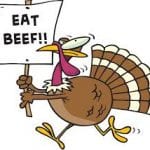 We take a look around the Internet and rummage through the record collection for the first couple of hours this morning. 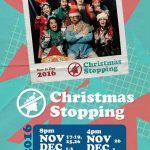 And in the last hour Gale Cellucci and Rob Getman from the Ancon Theatre Guild are in the studio, it had its first performances last week and continues tomorrow “Christmas Stopping.” Click on the pic for more info and buy your tickets on line on the Guild website.

The consumer protection agency Acodeco is warning shoppers to be vigilant when the holiday shopping season begins.

Panamanians 18 to 20 years of age have a greater command of English than their parents and teachers, and even more than their bosses.

Civil defense officials have reduced the warnings for Tropical Storm Otto to yellow in the province of Bocas del Toro and green for the rest of the country.

The sentence of 20 months in jail against the Dutch journalist Okke Ornstein has put the country under the watch of the critics on the subject of freedom of expression.

Cases from Honduras, Cuba, Ecuador and Paraguay are some of the cases that will be heard during a meeting of the Inter-American Commission of Human Rights (IACHR) in Panama from Nov 29-Dec 7.

The night that Erika Ender and Omar Alfanno received a Latin Grammy each for their compositions, another Panamanian was among the attendees: Aldo Palmieri.