Tech time with Alex Neuman (Dr Computer). We chat about issues to do with software conflicts also some hardware issues, such as one we had to deal with on the studios main computer. Fixed thanks to the Doctor! 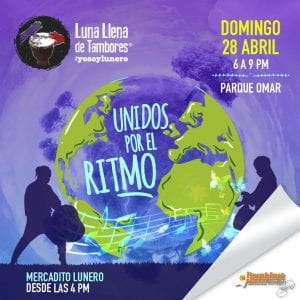 Another return visitor Alfredo Hidrovo, it is time for the next Luna Llena de Tambores which is this coming Sunday at Parque Omar. 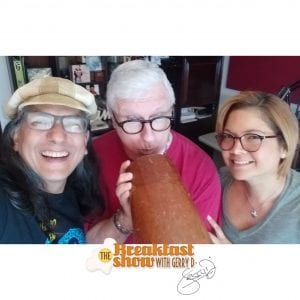 The magistrates of  the Tribunal Electoral (TE) considered as “unproven” the incident of challenge filed by Alma Cortés, attorney-in-fact of former President Ricardo Martinelli, against Judges Alfredo Juncá and Eduardo Valdés Escoffery, they are appealing the dismissal of the challenge against the candidacies for mayor of Panama and deputy of the circuit 8-8 of the former president.

The Minister of the Presidency, Jorge González, affirmed on Wednesday, April 24, that the Executive body does not rule out summoning the National Assembly to extraordinary sessions, should the approval of some bills or appointments be necessary.

The mayor in charge of Panama, Raisa Banfield, revealed yesterday morning, that the resolution that allows the felling of 34 trees in Brooklincito is illegal.
The Superintendency of Insurance and Reinsurance of Panama warned on Wednesday of possible scams to citizens through web pages and WhatsApp messages.

In an interinstitutional operation, an illegal aesthetic clinic, located in the corregimiento of Bella Vista, was raided Wednesday morning, reported the National Police.

The MiBus company announced that, starting this Friday, April 26, the second phase of the transportation mondernization plan will be implemented in the eastern sector of the province of Panama, which includes 11 new routes.

From this Friday, April 26 and until May 10, 95 octane gasoline will increase two hundredths per liter or eight cents per gallon at the fuel stations of the provinces of Panama and Colon.