The report from the Department of Epidemiology of the Ministry of Health (Minsa) highlighted this Wednesday, May 25, that in the last 24 hours three deaths were reported from covid-19 and one from previous dates was updated. With these new deaths in the country there is a cumulative total of 8,236 deaths, a lethality of 1.0% is maintained, according to the entity’s report. The number of new cases of those infected this Wednesday is 3,825. The Minsa advised that 16,879 tests were applied for a positivity of 22.7%. Meanwhile, the districts that reported the highest number of positive cases are Rufina Alfaro, in San Miguelito with 114; Penonomé, in Coclé with 112; Juan Diaz 112 and Bethania 94 cases, in the district of Panama. According to the report, there are 29,029 active cases, of which 28,779 are in isolation and 250 hospitalized. Those who are in isolation are divided into 28,722 in their residence and 57 in the so-called hospital hotels. While those hospitalized are 211 in the ward and 39 in intensive care units.

A national health alert was issued by the Ministry of Health (Minsa) due to the possible appearance of the monkeypox virus in the country, it was confirmed this Wednesday. In a statement from the Minsa it is specified that the alert was confirmed by Minister Luis Francisco Sucre, who explained that the measure requires all health personnel, both from the public and private systems, to report anyone with suspicious symptoms of this disease. . Similarly, it is highlighted that it was ordered to redouble epidemiological surveillance in hospitals and entry points of the country before the entry of any person with symptoms of the disease.

The Court of Honor and Discipline of the Cambio Democrático (CD) party began this Wednesday, the oral hearings of 15 deputies considered dissidents, who face a process of expulsion and revocation of mandate. In accordance with what is established, this process will take place in different hearings and the first corresponds to the deputies Yanibel Ábrego, general secretary of CD, Nelson Jackson, Hernán Delgado and Mercedes Gálvez. “In a term of five days, after the last hearing, the Court of Honor and Discipline will make its pronouncement. Our accusation is well founded based on the principles, requirements and offenses established in the party’s statute,” said Andrade.

The judge of guarantees Adría José Hernández charged this Wednesday, for the alleged commission of the crime of embezzlement against the former director of the Panamanian Autonomous Cooperative Institute (Ipacoop) Willie Chin Lee. Hernández also applied to Chin Lee the

precautionary measures to prevent him from leaving the country and the periodic report once a month. Gómez based the accusation on the aforementioned audit report and on a series of evidence collected by his office during the investigation. During the hearing, the accused’s defense filed an appeal for the prescription of the criminal action, but said request was rejected by the judge.

A ruling by the Supreme Court – with a presentation by Judge Ángela Russo de Cedeño and the disagreement of Judge Maribel Cornejo – denied La Prensa a habeas data request to find out who are the beneficiaries of scholarships and non-reimbursable financial aid from the Institute for the Training and Use of Human Resources (Ifarhu) that exceed $50,000. With this resolution, the Ifarhu nullifies the scope of the Transparency Law on the use of state funds. “Strictly speaking, the Ifarhu did not provide the required data or indicate where they could be consulted,” said Judge Cornejo in her saving vote.

The authorities of the Public Ministry and the National Border Service (Senafront) reported that 12 people were apprehended for their alleged involvement in illegal migrant trafficking, from Panama to Costa Rica. The First Specialized Prosecutor’s Office against Organized Crime of the Public Ministry, reported that 20 proceedings were carried out in different parts of the country. Prosecutor Emeldo Márquez highlighted that Operation Twilight 2 is the continuation of the investigation that took place in September 2021, in which some 24 people were apprehended. “This criminal behavior carries a sentence of 15 to 20 years in prison. The Public Ministry will request the formulation of the corresponding imputation, ”said Márquez.

The former administrator of the Panama Canal Authority (ACP) , Jorge Quijano, described a situation of blackmail that he experienced when he held that position, and went to the Budget Commission of the National Assembly to support the entity’s budget. “They put me in the little room and they took my cell phone (…) they, the deputies. All the parties were represented there, “he said on Tuesday, on the Radiography program, which is broadcast by Eco TV. Later, he added that “they wanted to raise the budget for (Contributions from the Canal to the State) from $1.640 million to $1.800 million. I told them, I’m so sorry. It can not be done[…]”. 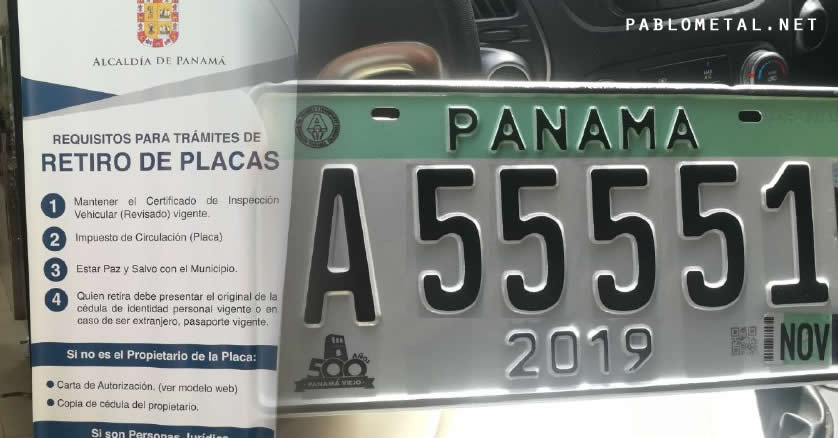 The Mayor’s Office of Panama reported that it began, in this month of May, with the delivery of vehicle plates for new cars. Likewise, he announced that next July he will supply the decals corresponding to the year 2022. The entity explained that the delay in the delivery of the plates was due to the fact that the Chapala vocational school faced a “shortage of supplies”, such as reflective paper, due to the logistical problems that currently exist for the importation of products. The mayor’s office distanced itself from the crisis in the delivery of these plates and stickers by pointing out that their only function is to deliver them to users. Regarding the decal, he indicated that the design corresponds to the Land Transit and Transportation Authority, while the manufacture belongs to Chapala. On May 4, 2021, President Laurentino Cortizo sanctioned Law 214, which establishes the use of the single vehicle license plate for a period of five years.