Dr Computer (Alex Neuman) pops in during the first hour today as we take a look at some techy items. He brought with him the Remo Bell which is a Wi-Fi door bell and camera, so easy to set up we did it quickly here on the show, though he did take it with him… Damn! 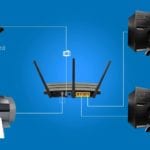 Also a quick discussion on extending your Wi-Fi in your home, the best options.

Several sectors have expressed their concern about bill 573, presented by the Ministry of the Presidency to modify the regulatory framework for the provision of electricity.

The call for a strike made by the National Chamber of Transportation (Canatra) did not have major effects in the metropolitan area of ​​Panama.

Yesterday, the National Assembly Government Commission proposed draft bill No. 91, which amends articles of the Penal Code, to increase the penalties for sex offenders of minors.

The Panamanian Maritime Authority (AMP) proceeded to lift the suspension of smaller vessels from setting sail, commercial vessels for domestic service and recreational vessels, which had been issued for ports in Panama, Captania de Balboa and Taboga.

Members of the National Border Service (Senafront), together with the Ministry of the Environment (MiAmbiente) and Fundación Yaguará Panama, transferred to a safe habitat the puma that kept worrying the residents of the community of La Palma in the province of Darién.

The National Energy Secretariat announced yesterday the new fuel prices that will come into effect as of Friday, with slight increases in the liter of diesel and 91 octane gasoline, while that of 95 octane gasoline remains the same.

The Ministry of Public Works (MOP) has scheduled repair work on damaged sections from the Las Americas-Howard bridge to Arraiján.