The Ministry of Health (Minsa) reported that for Wednesday, August 26, 701 new positive cases of Covid-19 are reported, which brings to 89,082 the total of people who have been infected with this new coronavirus in the country

In addition, in the last 24 hours, 13 new deaths have been reported. To date the number of deaths from the virus amounts to 1,932.

The plenary session of the National Assembly approved this Wednesday, August 26, in a third debate, the bill that includes some articles to the Criminal Code to punish officials who, due to fraud, cause the loss, stoppage and deterioration of works public.

The Transit and Land Transportation Authority (ATTT) announced this Wednesday, August 26, the extension of expired driver’s licenses, due to the coronavirus emergency.

The plenary session of the National Assembly elected Eduardo Leblanc González as the new Ombudsman on Wednesday replacing Alfredo Castillero Hoyos, who was dismissed on October 9, 2019.

The Judge of Guarantees of the First Judicial Circuit of Panama, Erick Javier González , denied on August 26 the change of personal precautionary measure of provisional detention for a release bond, requested by Tony NG, accused of the alleged commission of the crime of capital money laundering. 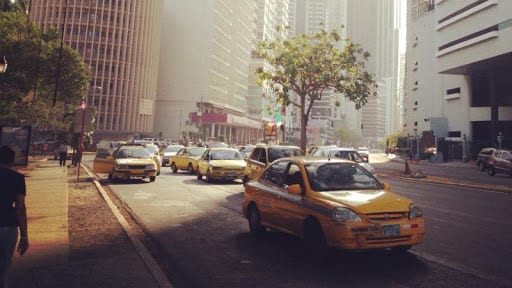 The Terrestrial Transit and Transportation Authority (ATTT) announced yestersday, August 26, that the circulation of taxis in the provinces of Panama and West Panama will be subject to the last digit of the license plate as of today Thursday.

Citizens from different sectors of the country reject the possible sanctioning by President Laurentino Nito Cortizo of the bills that create new townships.

The Ministry of Public Works (MOP), informed that blasting works will be carried out at the height of Cocolí for the construction works of the expansion and rehabilitation project of the Pan-American highway.

95 octane gasoline will increase 10 cents a gallon from this Friday, August 28 until Friday, September 11, reported the National Energy Secretariat.