No Doctor Computer this morning though we do have Dra Elena Espinosa in the last hour today taking about Obesity. 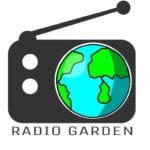 Also I take a bit of a techy rummage on the Internet, Apple getting sued for patent infringement. But also a great App if you like radio ‘Radio Garden’ it is like a Google Earth but for radio. No hidden distractions and great fun interface to use.

Dra Elena Espinosa, we take a look at what defines obesity, what the dangers are and some of the things that we need to do in order to try to lead a healthier life style.

Three groups appeared before the Supreme Court of Justice yesterday, to present their arguments for and against marriage equality.

The Director of the Social Security Fund (CSS), Dr. Alfredo Martiz F., fulfilling his role of administering the resources of the entity, instructed that all the authorized signatures on documents of commitments and payments be for a minimum amount that makes viable the execution of institutional projects.

The Minister of Economy and Finance, Dulcidio De La Guardia, announced on Tuesday that the “donations” item will be eliminated in the 2018 budget of the National Assembly.

Amid applause and support from the residents of Panama Norte, the plenary of the National Assembly approved in the third debate the draft Law Nª. 35, which creates the northern district, segregated from the district of Panama, province of Panama.

Yesterday, shipping companies’ representatives participated in a forum organized between the Embassy of Chile in Panama and the Panama Canal Authority to discuss the opportunities presented by the Canal expansion.

The National Civil Protection System (Sinaproc) issued a warning yesterday for adverse sea conditions during the next 96 hours, due to the presence of major waves.

The National Directorate of Historical Heritage (DNPH), an administrative unit of the National Institute of Culture (INAC), provided two great historical pieces as a loan to the Museum of Contemporary Art (MAC).