Dr Computer (Alex Neuman) is able to join us for a while this morning. Among the topics we chat about is the recent service denial attack, unique from the point of view 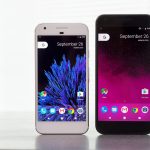 that it used peripheral  equipment (like webcams etc) to make the denial attack.Also Microsoft has announced the new Microsoft Surface Studio, check it out here.

Also in tech news there is the launch of Googles own phone the Pixel.

In the last hour this morning “Coffee” our Cofeetologist Manuel Alexander is with us to chat about the coffee shops here in Panama (we have the best coffee in the world!) and customer service.

On Wednesday, the Panamanian Government delivered 141 land titles to residents from Icacal in Rio Indio, province of Colon, during a Citizen Cabinet.

Caja de Ahorros (CA) recovered the $10 million loan for the construction of the Amador convention center through “certificates of no objection” from the Ministry of Health and the Tourism Authority of Panama (ATP) issued in favor of the consortium in charge of the project: HPC-Contratas-P&V.

As of 2016, 19 fatal accidents have been reported in Corredor Norte and Sur, according to information provided by the National Highway Company (ENA).

A complaint has been filed with the Ninth Civil Court against a construction company and developer over damage that has been discovered in the Royal Tower building.

In order to promote the proper use of parking spaces and to avoid tickets to drivers for infringements, yesterday morning the campaign called “No seas fresco, parkeate bien” was launched.

Damion Andrew Potter has been appointed the United Kingdom ambassador to Panama, and will take up his post in August 2017.

Figures from the National Institute of Statistics and Census of the Comptroller General of the Republic of Panama reveal that in Panamanian prisons, Colombians top the list of foreign detainees.

Starting tomorrow, gasoline prices will have a very slight decline, according to a report provided by the National Secretariat of Energy.

This Tuesday, a monolith and plaque in honor of the fallen of October 3, 1989 was unveiled.