The epidemiological report of the Ministry of Health (Minsa) of this Wednesday, January 27, reported that in the last 24 hours 34 new deaths have been registered, and 5 deaths are updated giving a total of 5,176 accumulated and a fatality of 1.6%. 1,566 new positive cases were reported, for a cumulative total of 315,400. 11,277 tests have been applied throughout the country, for a percentage of positivity of 13.8%, which reflects a decrease in the last two weeks. There are 2,695 hospitalized, of them 2,455 are in the wards and 240 in the intensive care units.

The Minister of Health, Luis Francisco Sucre , carried out on Wednesday, 2021, a tour of the facilities of the Instituto Superior del Este (ITSE), in Tocumen.This was to verify the progress of the adaptation of the rooms that would be available -in the coming days- for the care of moderate Covid-19 patients and special respiratory care.

The National Head of Epidemiology of the Ministry of Health (Minsa), Leonardo Labrador, reiterated this Wednesday, that there has indeed been a decrease in the numbers of the new coronavirus in the country, after the situation presented during the months of November and last December. Last December there was a positivity of 29%, however, that month the figure for June 2020 was not exceeded, which was 42%, said Labrador.

A new tender for freezers to equip the cold chain that would house the Covid-19 vaccines will be called, in order to expand the specifications to acquire equipment with adequate certifications, obtain the largest participation of bidders and achieve better prices, reported the General Directorate of Public Procurement (DGCP) .

The president of the Chamber of Commerce, Industries and Agriculture of Panama, Jean-Pierre Leignadier, pointed out that the quarantine during the first fortnight of the year caused an impact of around $ 1 billion in loss to commercial activity.

The Ministry of Commerce and Industries (MICI) clarified that people who have reservations in hotels in the interior of the country will be able to cross the Capira checkpoint (West Panama). To do this, they must show the security officials the voucher that reflects the length of stay at the hotel, including weekends. 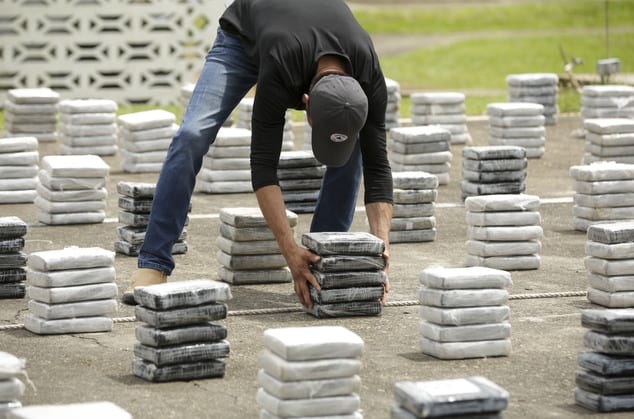 Panama has seized a minimum of 3.1 tons of drugs so far this year, the product of at least seven operations, reported the National Aeronaval Service (Senan).