Dr Computer (Alex Neuman) pops in on his was to the office. Interesting subject this morning “Hard Drives”. The workings of the old type as opposed to the new SSD Drives. Best ways of securing those valuable files.

A big thank you to Michael in the great white north for this weeks Canada Report. What is happening in the Great White North? 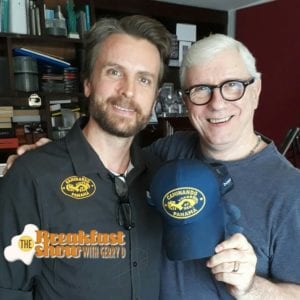 In the last hour today? For those of you that enjoy a good walk, Rob Getman from Caminando Panama gets us up to speed on this years event en El Valle. Tailored to your abilities a 5k, 10k and 15k options. You’ll find me in the bar!

Former President  Ricardo Martinelli warned that if he is found guilty of the crimes of embezzlement and the inviolability of secrecy and the right to privacy, the Panamanian State will have to compensate the victims financially.

Elías Miranda Madrid was dismissed from his position as director of the La Joyita prison.

The judge of guarantees of the first judicial circuit of Panama, Yanina Mosquera, decided to call to trial the seventh criminal judge, Felipe Fuentes , separated from his position as part of a process opened for the alleged commission of the crime of theft of public documents.

A total of $ 11.6 million were approved yesterday by the Budget Committee of the  National Assembly to cover the development of the events to be held from January 24 to 27, 2019, related to the visit of  Pope Francis to the country, as part of the Day World Youth Day (WYD) .

“To relaunch actions that will give a helm to address the institutional disgust of the country,” is one of the goals proposed by the new president of the Panamanian Association of Business Executives (Apede) , Mercedes Eleta de Brenes , during her tenure leading the guild