Dr Computer (Alex Neuman) is with us, not just bright and breezy but bearing gifts, Donuts!!!  We take a look at the newly announced Samsung Galaxy S8. A lot of lost ground to make up after the setback of the Note 7. Also Apple announce a low cost ipad. 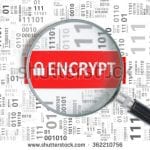 After the recent attack in London, the UK government is calling on the likes of WhatsApp to stop being a hiding place for terrorists by utilizing encryption, do they have a point? 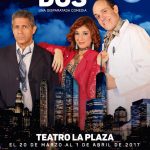 In the last hour this morning Magic Marko. Magician, actor, director and carpenter! A man of many talents and we touch on all of them this morning, but we are promoting the play “En Tres y Dos” which is running until Saturday at the Teatro La Plaza in Obario.

The Supreme Court has suspended the hearing convened yesterday to resolve the objection filed by defense lawyers for former President Ricardo Martinelli until April 3.

Thirteen deputies will have to face a complaint in the Supreme Court of Justice for possible commission of crimes against the Public Administration and use of public funds for embezzlement.

President Juan Carlos Varela said yesterday at the Tuxtla Summit in San Jose, Costa Rica, that cooperation on security and immigration are the greatest challenges facing the region.

Due to the lack of medicines and supplies, the seven doctors of the hospital of San José de La Palma, in the province of Darién held a strike.

By means of a surprise operation, headed by the Tourism Authority of Panama (ATP) in coordination with the Ministry of Commerce and Industries (MICI), Ministry of Housing (MIVIOT) and the Mayorship of Panama, three apartments were detected as clandestine rentals, in the PH Terrawind, located in the corregimiento of San Francisco.

On April 3, the Riu Hotel will exhibit 12 works of art painted by young adults with autism from Fundacion Soy Capaz.