Doctor Computer (Alex Neuman) is here this morning to give some good advice as always. Today protecting your equipment, we look at two ways, firstly protecting against humidity something that is prevalent here in Panama. Particularly vulnerable are laptop motherboards. 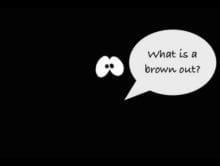 The other thing that will damage electronics is of course power problem look at options for protecting against surges and brownouts.

The Special Anti-Corruption Prosecutor sent the Supreme Court of Justice (CSJ) copies of the file related to the bribes paid by Odebrecht in Panama through Constructora Internacional del Sur, in which Panamanian deputy Jorge Alberto Rosas is involved.

High-profile cases being investigated in the country are at risk, as they could go unpunished due to political and economic pressures to the judicial authorities and judges of the Supreme Court of Justice (CSJ).

The Attorney General of Ecuador seized more than $2 million from a bank account in Panama, belonging to the former manager of the Public Company of Hydrocarbons of Ecuador or Petroecuador, Álex Bravo, who has been linked to acts of corruption.

The Panamanian Government presented yesterday morning its National Logistics Strategy 2030, with which it aims to evolve from a maritime-port hub to a global logistical hub.

A sixty-year-old man was sentenced to ten years’ in prison for the crime against the freedom and sexual integrity, in the form of aggravated rape, against his ten-year-old daughter.

The Panamanian refereeing body is training to be among the best in the Central American area, and that is why from now until next Sunday they will receive the RAP-FIFA Referee Course, according to the Pan-American Football Federation (Fepafut).

On September 6th starts the Icaro Panama Film Festival 2017, and the 12 Panamanian films that will compete in the International Icaro Festival in Guatemala in November have already been announced.