The Ministry of Health (Minsa) reported this Wednesday, that no deaths from Covid-19 have been reported in the last 24 hours . Until Tuesday, March 29, the total number of deaths from the respiratory virus amounted to 8,168. According to the epidemiological report, 310 new coronavirus infections have been reported in the last 24 hours. 6,873 tests were applied for a positivity of 4.5%. To date there are 2,523 active cases, of which 2,418 are in home isolation and 105 hospitalized. Those in isolation are divided into 2,390 at home and 28 in the hospital hotels. Those who are hospitalized are 90 in the ward and 15 in intensive care units. The Minsa detailed that the districts with the highest incidence of cases are: San Francisco in Panama City with 18; David Sur in Chiriquí with 17; Bella Vista with 12 and Juan Díaz with 11, both in the capital.

Judge Maribel Cornejo Batista is the rapporteur of the unconstitutionality lawsuit filed by lawyer Linda Guevara González, against the decision of the Electoral Court (TE) to maintain the electoral criminal jurisdiction in favor of former president Ricardo Martinelli Berrocal.

The lawsuit presented by Guevara, in his own name and representation, was assigned to Cornejo’s office on the afternoon of this Tuesday, March 29. José Blandón, president of the Panameñista party, announced that this group will also present a similar lawsuit next Monday.

The Citizen Forum for Electoral Reforms questioned the decision of the plenary session of the Electoral Tribunal (TE) to maintain the electoral jurisdiction of former President Ricardo Martinelli and advocated the elimination of  the jurisdiction that only “serves as a shield for candidates and elected authorities to prevent them from facing justice.” In a statement, the Forum pointed out that the best evidence that it only serves as a shield “are the legal cases that have been hindered and sometimes dismissed due to the abusive way in which this jurisdiction is used.” They also indicated that they have witnessed the “foolish and contradictory position” of the TE regarding the ruling on Martinelli’s jurisdiction.  “they entered to an analysis of issues that are not within their competence and that completely distorts the original meaning of this jurisdiction, which has had and will have serious consequences for electoral political institutions.”

As of this date, citizens will have a new channel to submit their anonymous complaints to the National Authority for Transparency and Access to Information (Antai). Through which reports of acts of corruption can be made through panama.tupista.org , after the signing of a memorandum of understanding between Antai and Crime Stoppers Panama. The complaints that reach this platform will be forwarded to Antai for proper investigation, as reported.

President Laurentino Cortizo has four sensitive bills on his desk that he must approve or object to. These are legislative proposals promoted mainly by his co-supporters of the Democratic Revolutionary Party (PRD) that have generated harsh criticism, not only within the Legislature, and in the affected sectors, but also among citizens in general. It is about the projects, 756 that allows the re-election of the rector of the Autonomous University of Chiriquí (Unachi), 550 that changes the structure of the country’s health boards, 638 that requires a historian in the museums, and the 776 that makes it difficult for political parties to revoke the command of their deputies. 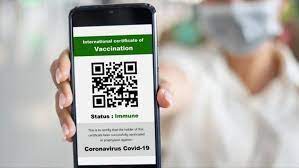 The continuity of the QR code will be decided this semester and the behavior of Covid-19 and the progress of the vaccination program will be taken into account. This was revealed by the general director of the Government Innovation Authority (AIG), Luis Oliva, who recalled that this issue has been at the Con-Vacunas discussion table, attended by President Laurentino Cortizo and the Minister of Health in charge, Ivette Berrío. When asked if with the elimination of the QR code, citizens will be able to enter any place without being asked if they are vaccinated, Oliva replied that it is something that was being analyzed and that they could not give an answer because they do not have the skills to do so.

Foreign Minister Erika Mouynes announced that next week she will begin a tour of Asia to “strengthen bilateral relations and promote investment” with four countries. She explained that she will first go to China and then visit Vietnam, Indonesia and Singapore.

After two years of having closed its doors due to the Covid-19 pandemic , the Punta Culebra Nature Center of the Smithsonian Tropical Research Institute (STRI) reopens its doors from this Friday, April 1. The center, located on the Amador Causeway, will offer new hours as well as exhibits, collections and activities. At the moment, the Punta Culebra Nature Center receives visits only on Fridays, Saturdays and Sundays, in two shifts: 9:00 a.m. to 11:00 a.m. and from 1:00 p.m. to 4:00 p.m. Entrances to the center are subject to maximum capacity allowed. Rates remain at $5.00 for residents, $8.00 for non-residents, $2.50 for retirees, and $2.00 for children under 13 years of age.