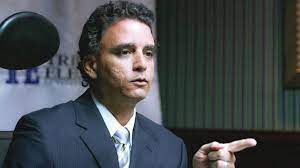 The Comptroller General of the Republic, Gerardo Solís , insists that the State payroll has decreased, when in practice exactly the opposite has happened, in terms of number of officials and money disbursed in salaries. The Comptroller reported that as of June 2022, the state payroll showed a decrease of 4,259 officials and $2.1 million, compared to December 2021, “generating savings in the containment of public spending.” It is not explained why a year-on-year comparison is not made. To support his statement, Solís compares the figures for June 2022 with those for December 2021. Last June, there were 256,579 officials, compared to 260,838 in December. However, if a complete examination is made of the evolution of the public sector payroll, comparing the same months of each year, the results are the opposite of what the comptroller assures.

The Labor, Health and Social Development Commission of the National Assembly declared itself in permanent session this Wednesday afternoon to analyze the modifications to Law No. 1 of 2001, which regulates the acquisition of medicines. The group of deputies, from various benches, began the first debate on Bill No. 841, with the intervention of guests from different unions in the health sector. The deputy president of the Labor, Health and Social Development Commission, Daniel Ramos, emphasized that they are in the period of consultation and improvement of the new norm. One of the proposed amendments to Law No. 1 is related to the procedure manuals in the Department of Pharmacies and Drugs of the Ministry of Health. Parallel to these discussions, the Executive Branch established in February a technical table for medicines, in which different sectors participate with the intention of maintaining the supply of medicines in the Social Security Fund and the Ministry of Health. One of the disagreements at the table was the regulation of profit margins in the process of purchasing and distributing medicines in private pharmacies, through a regulatory office. For her part, Elvia Lau, director of Pharmacies and Drugs of the Ministry of Health (Minsa), recalled that this Wednesday morning the modification to the regulation of Law No. 1 was delivered, where the fourth title related to public procurement of medicines.

The pro-transparency Coalition, made up of movements and NGOs, asked the Dialogue for Panama single table to give priority to transparency and anti-corruption issues. They do it within the framework of the restart of the table, on the afternoon of this Wednesday, in Penonomé. In a statement, the coalition highlights that while the daily protests that took place across the country several weeks ago, as well as the widespread street closures, evidenced deep social unrest and a serious governance crisis, they must address promptly corruption and embezzlement of public resources. “The systemic problem of corruption, lack of transparency in public management, the irresponsible use of public resources and with institutions completely at the mercy of patronage structures, in the face of a judicial system where acts of corruption go unpunished and that have shown the profound inequality structurally that Panama has been dragging for decades, are much deeper and structural causes that have resulted in the deterioration of an institutional framework that is no longer capable of solving the great problems of injustice, inequality and exclusion”, the statement points out.

For refusing to collaborate with information about the Panamanian Institute of Sports (Pandeportes), the Ombudsman’s Office reported this Wednesday morning that it described its director Héctor Brands as a “hostile official.” According to a statement from the entity, Brands, in addition to refusing to provide information about Pandeportes, hinders the work of the

Panamanian Ombudsman. In addition to Brands, the Ombudsman’s Office has declared a director of an educational center in the district of San Miguelito and five justices of the peace to be hostile and hindering officials.

Odebrecht asked the Third Chamber of the Supreme Court of Justice for clarification of the ruling that it issued on June 15, 2022 and that confirmed a decision by Judge Carlos Vásquez not to admit a warning of illegality that he filed in September 2021 against the decision of Tocumen SA to cancel the contract to build the new passenger terminal. The ruling of the Third Chamber, signed by magistrates Cecilio Cedalise and María Chen, concluded that Vásquez’s decision not to accept the appeal filed by Odebrecht is the correct one, and that it went against a decision already made by Tocumen.

A 15-year prison sentence was applied to Eduardo Macea (alias Marshall) for the crime of aggravated drug possession as a result of an operation carried out on the Amador Causeway on March 12, 2019. On July 20, the judges, Viterbo Quintero (president), Isabel Quijada (rapporteur) and Leira Terán (third judge), issued a guilty verdict against Marshall, considering that the prosecution was able to prove his link to the crime of aggravated possession. of drugs and today, Wednesday, August 3, they ruled on the corresponding sentence.

After a season full of good times and sacrifices, the Panamanian Surf Association announced the 2022 national champions. The announcement is given. Valid for the National Surfing Circuit, in Playa Venao, Pedasí, province of Los Santos, where the competitors were able to offer a high-level surfing performance.